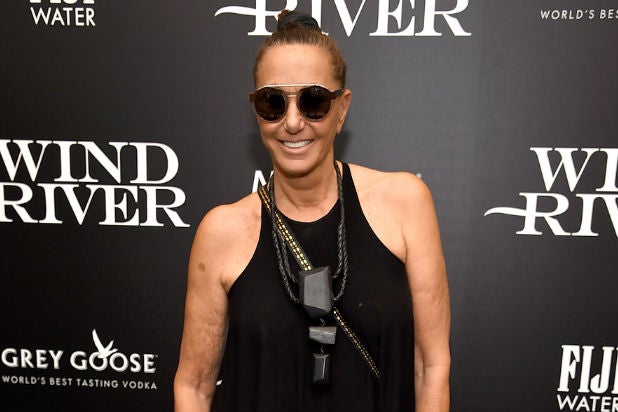 Fashion designer Donna Karan on Sunday wondered if American women complaining about sexual harassment might be “asking for it” in a series of comments that ultimately ended with a defense of embattled movie mogul Harvey Weinstein.

During a red carpet interview in New York, Karan said Weinstein and his fashion designer wife, Georgina Chapman, were “wonderful” people — and that Weinstein is being treated as symbol of a larger problem.

“It’s not Harvey Weinstein. You look at everything all over the word today, how women are dressing and what they’re asking  by just presenting themselves the way they do. What are they asking for? Trouble,” Karan told the Daily Mail.

Earlier in the interview, Karan also said: “How do we display ourselves? How do we present ourselves as women? What are we asking? Are we asking for it by presenting all the sensuality and sexuality?”

Karan no longer serves as chief designer for her brand. A spokesperson for her new label and philanthropic arm, Urban Zen, did not immediately return TheWrap’s request for comment on her remarks.

Also Read: Where Does the Weinstein Co. Go After Harvey Weinstein's Exit?

When the video started gaining traction online it instantly drew the ire of Rose McGowan, one of the women the New York Times revealed received a settlement by Weinstein following misconduct.

“Donna Karan you are a DEPLORABLE Aiding and abetting is a moral crime. You are scum in a fancy dress,” McGowan tweeted.

Other Weinstein targets include Ashely Judd, who spoke on the record for the NYT expose. Just days after its publication, Weinstein was terminated as co-chairman of The Weinstein Company, which he founded 12 years ago with his brother, Bob.

Numerous a-list actors and their union, SAG-AFTRA, have decried the alleged behavior. Watch the full Karan interview below.