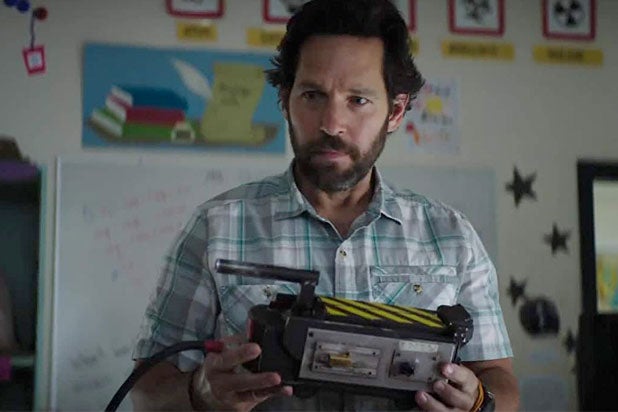 Sony has set the release dates for “Ghostbusters: Afterlife” and the sequel to the 2016 horror film “Don’t Breathe” for the summer of 2021.

“Ghostbusters: Afterlife” will now open June 11, 2021 after it was first delayed from a summer release this year to March 5, 2021. It will now open the same weekend as the original “Ghostbusters” did back in 1984.

The untitled “Don’t Breathe” sequel did not have a release date and will now debut August 13, 2021. Rodo Sayagues co-wrote the script alongside longtime collaborator Fede Álvarez and Sayagues will also make his directorial debut on the horror film.

Jason Reitman is directing the followup to his father Ivan Reitman’s “Ghostbusters,” and the film looks at how a single mom and her two kids discover their ties to the original Ghostbusters, who have now become a thing of legend. Paul Rudd stars with Finn Wolfhard, McKenna Grace and Carrie Coon, and much of the original cast is expected to return, including Bill Murray, Sigourney Weaver, Dan Aykroyd, Ernie Hudson and Annie Potts.

“Don’t Breathe” from 2016 grossed $157 million worldwide from a $10 million budget. The film, starring Jane Levy and Stephen Lang, followed a group of thieves who break into a blind man’s house hoping to steal a fortune, only to find out he isn’t as helpless as he seems.