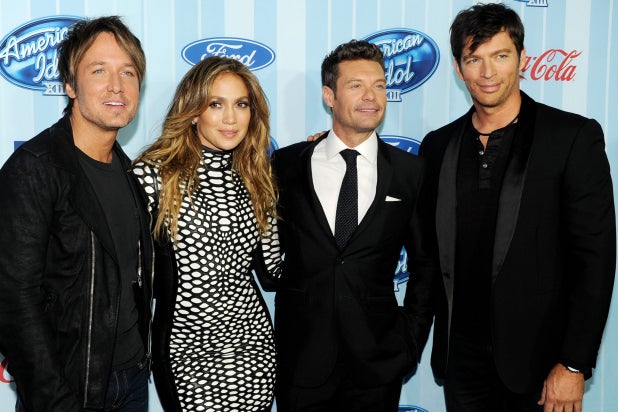 Chase Carey had a blunt message for Wall Street — “American Idol” is fading and it may never re-capture its glory days.

The 21st Century Fox chief operating officer told analysts Thursday that the decision to bring back Jennifer Lopez as a judge and add Harry Connick Jr. to the mix had resulted in a show that was “much better than it was a year ago,” but one that is also showing its age.

“[‘American Idol’] is not a show that drives the whole network in the way it did in years past,” Carey said.

The Fox musical competition series has been on the air for 13 seasons, but it is no longer a franchise that transcends its medium. It premiered to its weakest rating ever and has lost a portion of its audience.

It continues to be a strong series despite the declines, Carey argued, and said he hopes the show continues on for more seasons. He simply cautioned not to expect “a rebirth” for either “American Idol” or ratings-plauged “The X-Factor.”

“Ratings for [‘American Idol’] and ‘X-Factor’ fell faster than we’d hoped,” Carey said, noting that in the future the shows will be “… part of a broader, diversified line-up.” Among the programs he credited with picking up the slack were “Sleep Hollow” and “Brooklyn Nine Nine,” although he noted that the next ratings juggernaut has yet to be discovered.

“We’re going to try to find and build that next hit franchise…we expect to be aggressive,” Carey said.