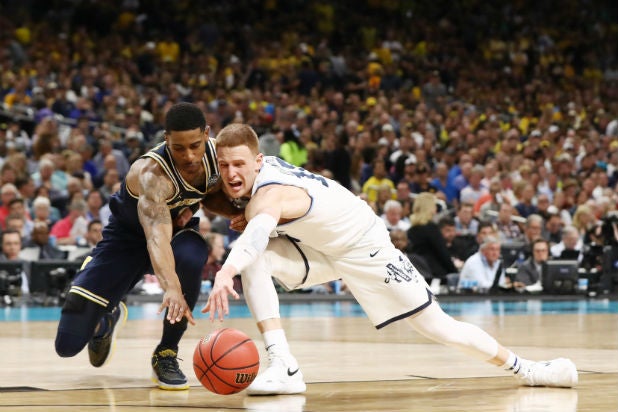 The Wrap has partnered with Canvs, the emotion measurement company, for a weekly look at some of the characters and personalities that have TV viewers the most worked up on social media. The data below covers March 28 through April 3 and is drawn from the most emotionally reacted-to television programs, including broadcast, cable, streaming and PPV.

The final game of the NCAA Basketball Tournament between Michigan and Villanova, which aired on on TBS, inspired a whopping 116,585 Emotional Reactions (ERs) with Villanova guard Donte DiVincenzo being the most-mentioned player of the evening. Not only did DiVincenzo score a career-high 31 points, he was named the tournament’s Most Outstanding Player. Viewers lavished praise on the sophomore as he helped lead his team to victory.

DIVINCENZO IS SO GOOD OMFG

DiVincenzo is a beast my lord

Divincenzo! He is fun to watch!

Interestingly enough, during NBC’s special broadcast of “Jesus Christ Superstar Live in Concert” (116,217 ERs), the character Judas (portrayed by Brandon Victor Dixon) drove more conversation than Jesus or the star who played him (John Legend). Much of the discussion was positive, with people talking about how good Judas was and how his songs were some of the best of the night — and there were more than a few shoutouts to his costumes.

The best part about this show is Judas #JesusChristSuperstarLive

Judas had the best songs

The UEFA Champions League soccer match between Real Madrid and Juventus generated 60,434 ERs with Madrid forward Cristiano Ronaldo igniting an avalanche of conversation, much of it centered around an impressive overhead kick that resulted in a goal. Viewers expressed shock and awe towards a fan-favorite who already garners high praise in any match he plays.

Cristiano Ronaldo is a genius. Wow.