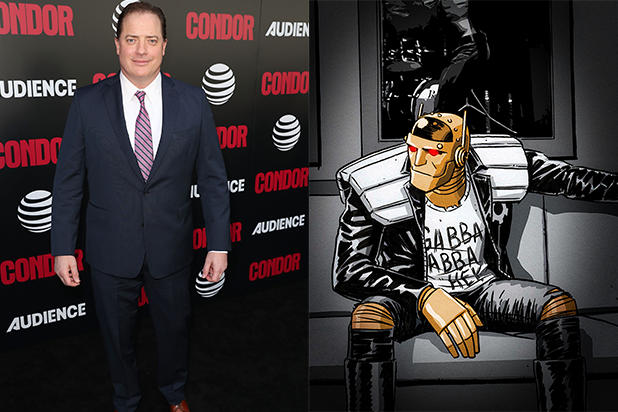 “Doom Patrol” has found its Robotman.

Brendan Fraser has been cast in the series regular role of Robotman, aka Cliff Steele, in the upcoming DC Universe series “Doom Patrol.”

Fraser will provide the voiceover performance for the superhero, and appear as Cliff in flashback scenes. Riley Shanahan has also been cast to play the physical performance of the Robotman on stage in costume.

Here’s the official character description: “A former race car driver, Cliff Steele was in a horrific accident that left his body uninhabitable. Cliff’s brain was saved by the mysterious Dr. Caulder and he lives on in a powerful robotic body.”

Fraser has recently appeared in the TV series “Condor,” “Trust” and “The Affair.”