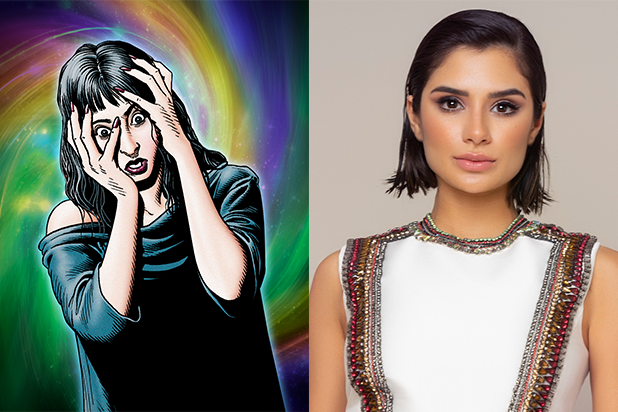 “Orange is the New Black” star Diane Guerrero will play the series regular role, who is one part of the DC Universe’s strangest group of outcasts that includes Robotman, Negative Man and Elasti-Woman.

Crazy Jane is described as “an unlikely hero suffering from the world’s most severe case of multiple personality disorder. Each of her 64 distinct personas manifests a different superpower making Jane the Doom Patrol’s most powerful member… and also its most unstable.”

DC Universe ordered 13 episodes of the series, which comes from “Frequency” showrunner Jeremy Carver and Berlanti Productions, in May.

Created by writers Arnold Drake and Bob Haney and artist Bruno Premiani, the Doom Patrol characters debuted in DC’s “My Greatest Adventure” in 1963 and have since been featured in six different ongoing comic series. The team has been featured in several animated DC adaptations, including “Batman: The Brave and the Bold,” and “Teen Titans.”

Carver is a writer on the series, and will executive produce alongside Greg Berlanti, DC Entertainment’s Geoff Johns and Sarah Schechter of Berlanti Productions.

“Doom Patrol” is one of several scripted series coming to the new DC Universe platform next year, including “Stargirl,” which was announced at Comic-Con, and a live-action “Swamp Thing” series, a revival of the Cartoon Network series “Young Justice,” the live-action Lois Lane-Lex Luthor series “Metropolis,” and an animated Harley Quinn series.

Guerrero is best known for her role as Maritza Ramos on the Netflix series “Orange Is the New Black,” and has also appeared on The CW’s “Jane the Virgin” as Lina and as Sofia on CBS’ “Superior Donuts.” She has also written a memoir about growing up with undocumented parents called “In the Country We Love,” published by Henry Holt. Her follow-up book, “My Family Divided,” from MacMillan, was released earlier in July.