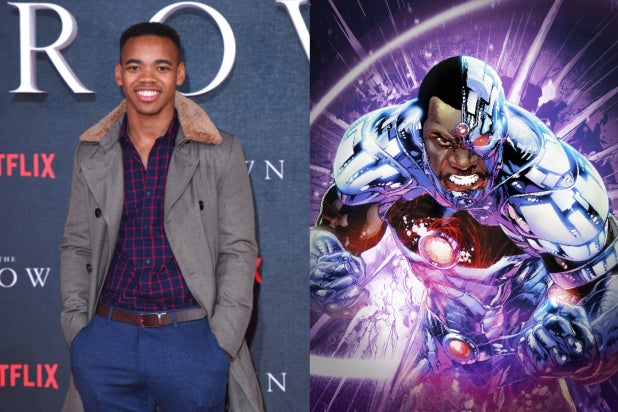 “Doom Patrol” has found another one of its superheroes.

“The First Purge” star Joivan Wade has been cast in the series regular role of Victor Stone, aka Cyborg.

Cyborg brings together DC’s strangest group of outcasts which includes Robotman, Negative Man, Elasti-Woman and Crazy Jane in “Doom Patrol,” which is one of several new shows coming to streaming service DC Universe, which launches later this year.

Vic Stone is described as “the charming and sarcastic half-human, half-machine superhero known as Cyborg. Vic may be connected to every computer on the world, but he struggles to maintain the connections that make him human. Desperate to gain acceptance from the outside world, Vic harnesses the curse of his cybernetic body and uses his powers as the ultimate hero for the digital age.”

“Orange Is the New Black” star Diane Guerrero has already been cast as Crazy Jane, an unlikely hero who suffers from a severe case of multiple personality disorder — with each of her 64 personas manifesting a different power.

Wade has appeared in “Youngers,” “Mandem on the Wall,” Netflix’s “The Weekend Movie” and “The First Purge.” He is repped by Atlas Artists, WME, Sainou, and Gang, Tyre, Ramer & Brown.