Say “Backpack” kids, because it’s time for some exploring!

The live-action “Dora the Explorer” movie has a pair of new posters that have also revealed the new title for the film, “Dora and the Lost City of Gold.” And we’ve also got a first look at Dora’s pal monkey Boots and her trusty Backpack.

Isabela Moner, who was last seen in “Instant Family” and “Sicario: Day of the Soldado,” stars as a teenage version of the cartoon Nickelodeon hero. She’s out to save her parents and discover the secret of a lost city of gold in a new adventure. Here’s the full synopsis:

Having spent most of her life exploring the jungle with her parents, nothing could prepare Dora (Isabela Moner) for her most dangerous adventure ever – High School. Always the explorer, Dora quickly finds herself leading Boots (her best friend, a monkey), Diego (Jeffrey Wahlberg), a mysterious jungle inhabitant (Eugenio Derbez), and a rag tag group of teens on a live-action adventure to save her parents (Eva Longoria, Michael Peña) and solve the impossible mystery behind a lost city of gold.

“Dora and the Lost City of Gold” opens Aug. 2, and a trailer for the film will debut during the Nickelodeon “Kids’ Choice Awards” on Saturday.

See the new posters below: 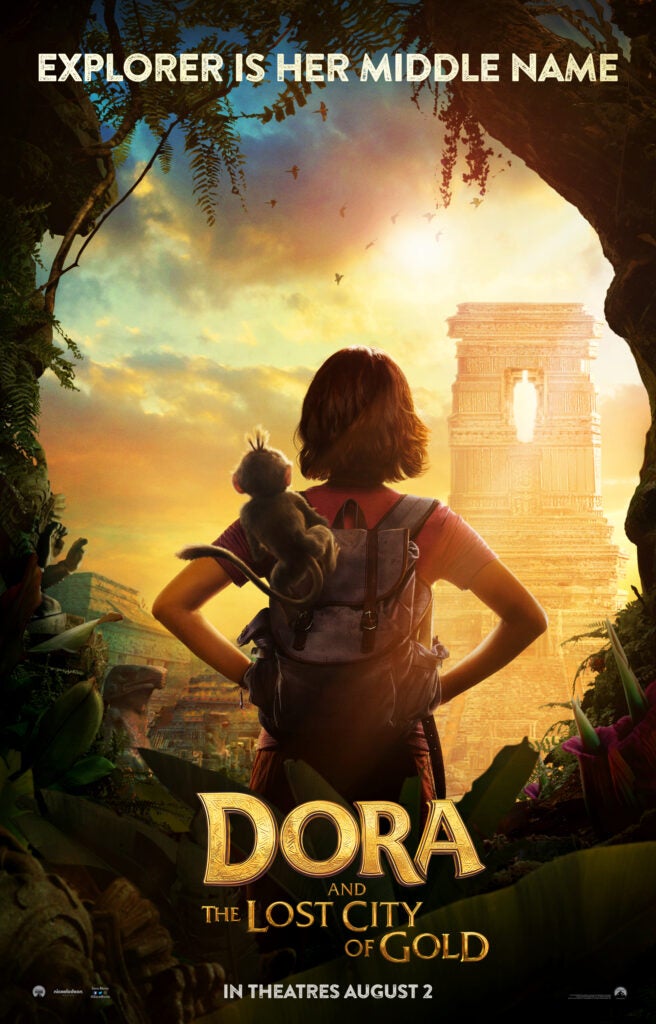