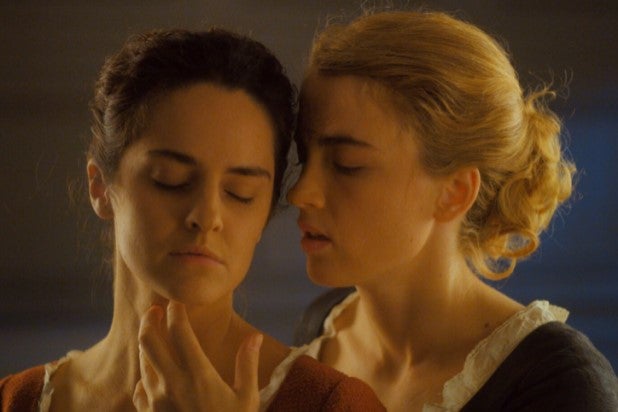 In all, the nominees in 26 categories represent GALECA’s choices for the finest in 2019’s film and television accessible in the U.S., across a variety of categories, from general to LGBT-centric.

Among the films GALECA nominated for Film of the Year are “Hustlers,” “Little Women,” “Once Upon a Time in Hollywood,” “Pain and Glory,” “Parasite,” and “Portrait of a Lady on Fire.”

All Dorian Award winners, including the recipient of the Society’s annual Timeless career-achievement award, will be revealed Wednesday, Jan.8.

Comprised of more than 260 professional American and foreign entertainment journalists, GALECA’s Dorian Awards are named in honor of Oscar Wilde and his novel, “The Picture of Dorian Gray.”

Supporting Film Performance of the Year — Actor
Tom Hanks, A Beautiful Day in the Neighborhood
Al Pacino, The Irishman
Joe Pesci, The Irishman
Brad Pitt, Once Upon a Time in Hollywood
Song Kang-ho, Parasite

LGBTQ Documentary of the Year
Circus of Books
Gay Chorus Deep South
The Gospel of Eureka
5B
Scream, Queen! My Nightmare on Elm Street

Visually Striking Film of the Year
(honoring a production of stunning beauty, from art direction to cinematography)
Midsommar
1917
The Lighthouse
Parasite
Portrait of a Lady on Fire