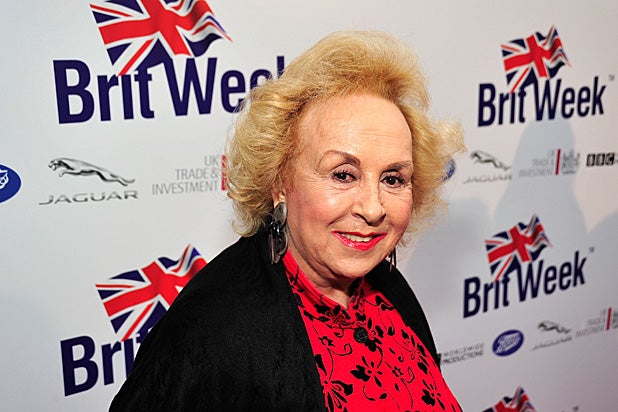 Doris Roberts, who played Ray Barone’s prying mother on the sitcom “Everybody Loves Raymond,” has died, Roberts’ “Raymond” costar tweeted on Monday. She was 90.

“To my beloved Marie – RIP,” Heaton tweeted, along with a photo of the two and a message reading in part, “Truly the end of an era.”

Born in St. Louis, Missouri, in 1925, Roberts began acting in 1952, appearing on the television series “Studio One.” Appearances on “The Naked City,” “Ben Casey” and “The Defenders” followed. She first appeared on the big screen in the 1961 film “Something Wild.”

Roberts’ other film credits include “A Lovely Way to Die,” “No Way to Treat a Lady” and “The Honeymoon Killers.” On television, she also appeared on “Mary Hartman, Mary Hartman,” “Full House” and “All in the Family.”

Roberts was probably best known to television audiences, however, as Marie Barone, the aggressively nosy, completely biased mother of Ray and Robert Barone on “Everybody Loves Raymond,” which ran from 1996 to 2005, and starred Ray Romano, Heaton, Brad Garrett, Peter Boyle, Madylin Sweeten and Monica Horan.

To my beloved Marie – RIP. pic.twitter.com/TtZCySQnLK

Roberts won five Emmy awards in her lifetime, four for her performances on “Raymond” and a fifth for an appearance on “St. Elsewhere.” She also won a Screen Actors Guild Award for her work on “Raymond.”

Roberts was married twice. She wed writer  Michael Cannata, with whom she had a son, in 1956. Her second marriage, to writer William Goyen, lasted from 1963 until his death from leukemia in 1983.

In addition to her son, Michael Cannata, Jr., Roberts is survived by three grandchildren.

Doris Roberts' 7 Most Memorable Roles, From 'Everybody Loves Raymond' to 'Christmas Vacation' (Photos)

The actress, who died Sunday at age 90, made a career of creating unforgettable film and TV roles