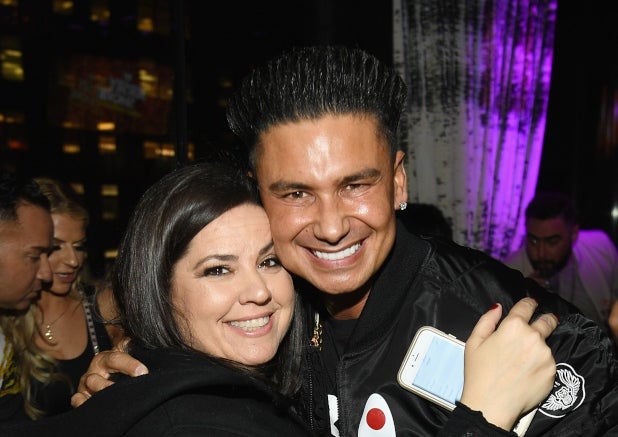 Veteran reality producer SallyAnn Salsano is giving dating apps the boot. In her professional opinion, finding love on a reality show is a much safer option.

“Finding love on a dating show — I used to always joke around, even when I do ‘Shot at Love’ and when I was doing ‘The Bachelor’ and now [‘Paradise Hotel’], it’s interesting. It is the safest way to meet someone,” Salsano tells TheWrap.

“We background check them… they’re medically checked. All of your options, you know who they are. They are who they say they are,” she says. “Unlike if you go out to a bar or you’re on a dating app, these people have all been vetted by multiple professionals. Like, you go to the bar, it’s anyone’s guess.”

Also Read: Corey and Evelin on '90 Day Fiance: The Other Way' Actually Love Each Other - Gross (Exclusive Video)

And she would know. Salsano has worked on both “The Bachelor” and “The Bachelorette,” the original “Shot at Love with Tila Tequila,” Fox’s new remake of “Paradise Hotel,” and is also the mastermind behind “Jersey Shore” and all of its many spinoffs — including “Double Shot at Love with DJ Pauly D and Vinny,” currently airing on MTV.

Not only is it safer to go out with a reality show contestant, Salsano says, but despite what skeptics might say, it’s entirely possible to find true love on a dating show.

“We came up with the idea of doing these crazy challenges and all these wacky themed dates in order to find love, and you know, as crazy as it sounds and as crazy as it looks, it actually kind of works,” she says of “Double Shot at Love,” in which 20 women compete for the affections of either Pauly D and Vinny from “Jersey Shore,” or both.

“You’re taking people and you’re putting them in fun situations where they’re doing things you don’t normally do when you first meet somebody.”

She also snuck in a little jab at “The Bachelor.”

“You know, Pauly and Vinny lived with these girls. Like, the Bachelor, he doesn’t live with the girls. He goes home and has time, he thinks, he rests,” she says. “These guys wake up in the morning to go downstairs and have breakfast, and it’s like, ‘What’s up ladies?’ So you are really truly getting to know each other.”

She might be a little biased in Pauly D and Vinny’s favor — she described her relationship with the “Jersey Shore” crew, who she’s been working with for 10 years now, as “a demented sibling mother-child relationship even though we’re kind of the same age.” She recalled being there for the births of Snooki and JWoww’s children, and was on hand to celebrate with Pauly D when he signed his DJ’ing contract with Drai’s Beach Club in Las Vegas.

“We do check in with each other even when we’re not shooting,” she says. “We’ve been in each other’s lives for so long.”

But despite early promotional material comparing “Double Shot at Love” to “The Bachelor” — the trailer finds the pair showered in rose petals, asking viewers to “accept these bro’s,” the lack of a rose-pinning ceremony is just one of many differences between it and “The Bachelor.”

For one thing, there’s no professional makeup team — Pauly D and Vinny saw the girls without makeup pretty much right off the bat.

“The first morning when the guys walked down, these girls scurried upstairs like rats, some of them — put on a full face of makeup and got all ready. They could not believe it,” Salsano said.