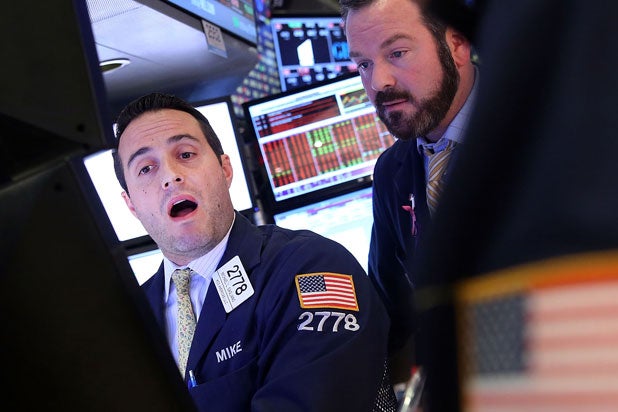 Wednesday has not been a good day for the U.S. stock market and major index averages.

The Dow Jones Industrial Average dropped 524.48 points today; the S&P 500 fell 62.1 points at its lowest valley. Both marked eventual falls of about 3.3 percent but began to rally a bit before 1 p.m. ET.

As one might expect, most media stocks followed suit — some more dramatically than others.

Disney felt only about half of the depression, slipping 1.8 percent from its stock market opening figure to its lowest point on Wednesday.

Netflix fell as low as 10.2 percent this morning — and that was all before 11 a.m. ET. The Reed Hastings-run company was up yesterday, when it released the latest fiscal quarter’s earnings — but it wasn’t up that much.

Viacom was pretty much exactly in line with the index slips, rounding to a 3.3 percent decline.

21st Century Fox was down 3.9 percent during the grayest of the gray hours.

AMC dipped 4 percent, but the relatively low-priced stock is obviously more volatile on a percentage basis than a bigger-ticket share.

Time Warner is probably OK with its 2.3 percent decline — at least, comparatively speaking.

Comcast is technically beating the index averages but dropped 2.9 percent on Wednesday.

Time Warner Cable was down just 1 percent — and barely even that.

Dish‘s dive was also perfectly in line with what one might expect, down a clean — but still harsh — 3.3 percent.

Starz would rather forget today, when it fell 5.1 percent at its lowest moment.

CBS won in TV ratings last night but lost in stock this morning, down 5.4 percent.

Google fell 2.5 percent, but here’s the good news: Its stock was still worth a whopping $688.51 per share at its lowest Wednesday moment.

Discovery is probably breathing a slight sigh of relief, considering that its affordable stock was down only 2.3 percent.

Scripps Networks Inc. is making lemonade out of lemons: While the company was down 1.6 percent at one point, it has actually rallied enough to rise overall.

Twitter is doing them one better: The stock slid just slightly right out of the gate this morning but has steadily risen from there. At the time of this writing, TWTR is up 4 percent, even after coming back down to Earth a bit.

Apple enjoyed a big, dramatic spike at 10:30 a.m. ET sharp, though inevitably fell all the way down to mark a minus 1.8 percent dip.

Verizon, which is probably on the fringe of relevance for our purposes, wouldn’t mind us reporting that it only dipped 1.2 percent. 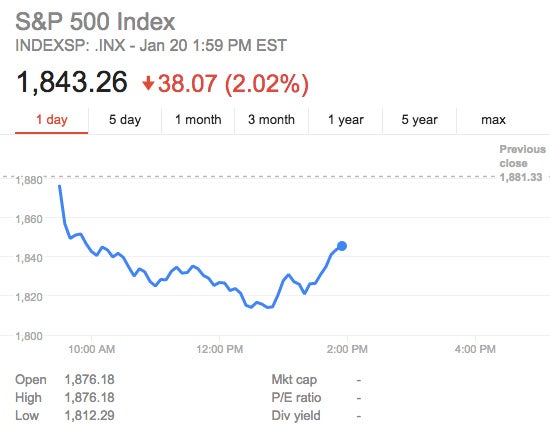 And here is the Dow: 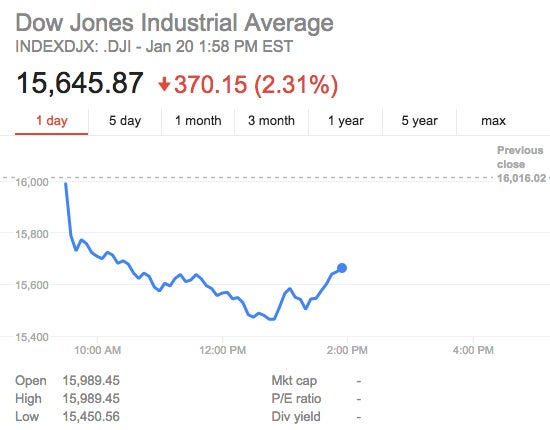