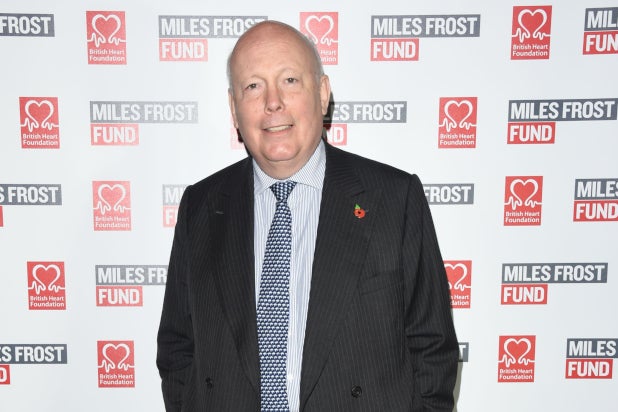 Julian Fellowes’ drama series “The Gilded Age” is moving from NBC to HBO.

HBO has given a 10-episode production commitment to the series, which is now a co-production between HBO and Universal Television. The show, which was first put into development in 2012, received a 10-episode order from the NBC in 2018 and was supposed to debut this year. The series was developed during Bob Greenblatt’s tenure as head of NBC Entertainment. Greenblatt is now entertainment chairman of WarnerMedia, HBO’s parent company.

“As with all of our studio projects, our goal is to find them the home that is the best fit for the series. We love the ambition and scope of ‘The Gilded Age,’ and after a highly competitive bidding process, ultimately came to the conclusion that HBO is the perfect network for this epic story,” said NBC Entertainment co-chairmen Paul Telegdy and George Cheeks. “We can’t wait to partner with them to bring Julian’s majestic drama to audiences all over the globe.”

The series marks Fellowes first project since “Downton Abbey.” Fellowes is the creator, writer and executive producer on the series, with Gareth Neame and Michael Engler as executive producers as well (with Engler also directing).

“Given the opulent scope and scale of this richly textured character drama, HBO is the perfect home for ‘The Gilded Age,'” says Casey Bloys, president, HBO Programming.  “We’re all huge fans of Julian and I know I speak for Bob Greenblatt — who was involved in the development of this series while at Universal Television — when I say we’re thrilled to bring his undeniable genius to our viewers.”

Here is the logline for the series: The American Gilded Age in 1885 was a period of immense economic change, of huge fortunes made and lost, and the rise of disparity between old money and new money, which is being reflected again today.  Against this backdrop comes young Marian Brook, the orphaned daughter of a Southern general, who moves into the home of her rigidly conventional aunts in New York City.  Accompanied by the mysterious Peggy Scott, an African-American woman masquerading as her maid, Marian gets caught up in the dazzling lives of her stupendously rich neighbors, led by a ruthless railroad tycoon and his ambitious wife struggling for acceptance by the Astor and Vanderbilt set.  Will Marian follow the established rules of society, or forge her own path in this exciting new world that is on the brink of transformation into the modern age?

“I feel very privileged to be making ‘The Gilded Age’ with HBO and Universal Television,” Fellowes said.”It has been a dream of mine for some time, as I am fascinated by this brutal and intensely glamorous period of America’s history. It will be about ambition, of course, and envy and hatred and, perhaps most of all, about love. I hope people will enjoy the series. I know I will enjoy making it.”