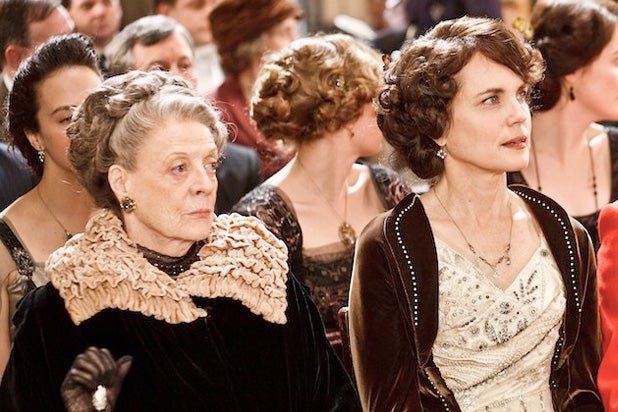 The creator of “Downton Abbey” is reuniting with one of its stars for the first feature film from PBS and Masterpiece.

“The Chaperone,” which was written by “Abbey” creator and writer Julian Fellowes, will star Elizabeth McGovern, who played Lady Grantham in the hit series, PBS and Masterpiece announced on Tuesday. Michael Engler, who directed four episodes of the series, will be in the director’s chair once again.

The film is based on Laura Moriarty’s best-selling novel of the same name about a Kansas woman (McGovern) who chaperones a dancer named Louise Brooks (Julia Goldani Telles from “The Affair”) to New York. One is off to become a star while the other is trying to unearth the secrets of her past.

“Downton Abbey” — the highly successful period drama that aired on PBS in the US — ran for six seasons and told the story of the family and servants that lived in a wealthy estate at the turn of the 20th century. It ended its run in the States in 2016.

“I am absolutely delighted to be working with Masterpiece and Elizabeth McGovern on ‘The Chaperone,’ based on Laura Moriarty’s novel, which is captivating and beguiling and resonant in so many ways,” Fellowes said in a statement.

“It feels so right to reunite Julian Fellowes, Elizabeth McGovern, and director Michael Engler for our first feature film,” Masterpiece executive producer Rebecca Eaton said at a PBS annual meeting. “Like ‘Downton Abbey,’ ‘The Chaperone’ is a beautifully told period drama set in a changing world, but now the setting is New York City.”

Arclight Films is financing the film, while PBS will distribute. “The Chaperone” is set to be released theatrically and will air on PBS stations after its initial run.

Masterpiece also announced that the film will be presented to distributors at Cannes this month.