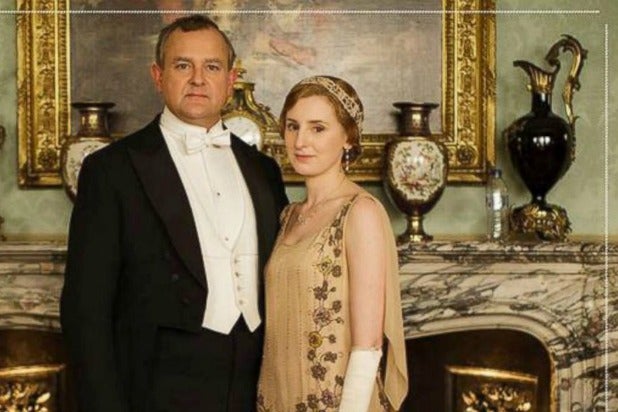 Clutch those pearls, historical nit-pickers: It turns out “Downton Abbey” is shot in the modern-age, not an English manse a century ago.

A new publicity photo for the show includes a plastic water bottle on the mantle, which means the Granthams are not only decades out of time, but also less-than-stellar environmentalists.

Facebook fans of the show and news outlets alike delighted in proving, once and for all, that a TV show is just pretend: The historical error was one of Facebook’s trending topics on Friday.

Look, at least servants won’t have to go draw water from a well. Maybe a few of them can quit and go get jobs at Google.