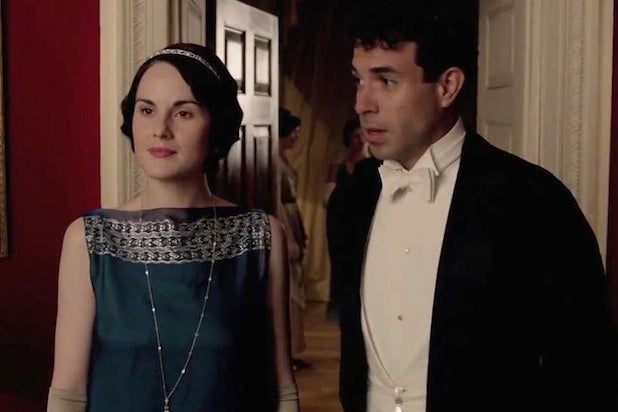 “Downton Abbey” Season 4 concluded with a royal letter scandal, a budding romance, and Paul Giamatti. So was it good enough for loyal fans?

No, of course not. But with no clear consensus on Sunday’s finale, the reactions are mixed, at best.

While a number of fans took to Twitter to express their unwavering love for the BBC series, others vented their frustrations with it, or simply wished it could have been just a little bit more satisfying.

Here’s a sampling of the good, the bad, and the mediocre reviews in 140 characters or less.

Damn you #DowntonAbbey season finale. That was the sweetest ending. You made me cry. Yes, holding hands is lovely.

That scene between Mr. Carson and Mrs. Hughes on last night’s #DowntonAbbey is one of my favorite moments.

@ElizabethMcGov just watched #DowntonAbbey ‘s finale and it was awesome!

“Your niece is a flapper, accept it!” Haha 🙂 Keep it comin #DowntonAbbey

Alas, #DowntonAbbey has jumped the shark and landed in the shallow waters of irrelevant silliness!

Season 4 was the Quantum of Solace of Downton Abbeys. We’ll all pretend none of that happened. Since face it it barely did.#DowntonAbbey

I think I’m officially over #DowntonAbbey. One too many episodes about a stain on master’s pocket square.

I kept nodding off during the #DowntonAbbey finale because the letter scandal was so long and boring.

Anybody else deeply disappointed in #DowntonAbbey ? It’s a bad soap opera now! The Barrow plot line is a lotta nuthin

So, did you watch the #DowntonAbbey season finale last night? Am I the only one that was slightly disappointed in it?

finished #DowntonAbbey mixed feelings about this season,but still can’t wait for next episodes to see how story progresses #longwait

A little sad today that #DowntonAbbey is over for the year. I still love it, but I was also hoping for a better cliffhanger. Anyone agree?

No one keeled over in the season finale of #DowntonAbbey – I feel cheated. #PBSdownton