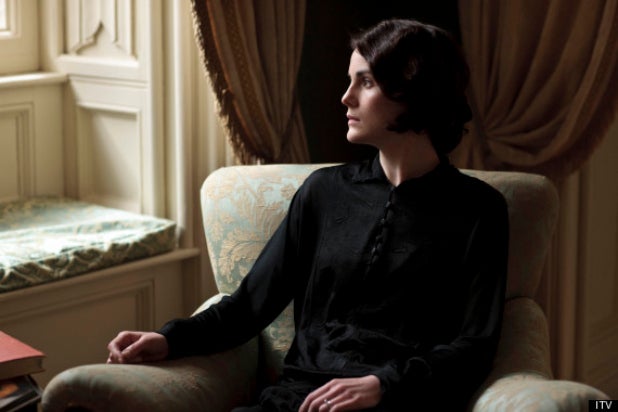 “Downton Abbey” returned to British TV screens Sunday for the premiere of the drama’s fourth season.

Considering how season 3 left off, with the sudden automobile accident of Matthew Crawley (Dan Stevens) — picking up where the show left off promised to be a doozy. According to most reviews, episode one delivered on that guarantee. Those us in the United States will have to wait a few more months to draw our own conclusions, but in the interim, this is what our friends from across the pond are saying:

Serena Davies of The Telegraph called the Downton Abbey series 4, episode 1 “a glowing success.” She praised the performance of Michelle Dockery as mourning widow Lady Mary: “Here she was back to her frigid best, all hooded eye-lids, chiseled profile, cadaverous frame shrouded in jet black silks: a beautiful raven.” But it was not just Dockery who made a splash in the comeback episode, Maggie Smith and Penelope Wilton held their own as well, Davies said.

Sam Wollaston of The Guardian mostly wanted to know what happened to the dog in the opening credits. When it came to the episode itself, Wollaston, who did not appreciate the episode nearly as much as other critics, was in the negative minority. He wrote, “It’s not the most auspicious of openers to the new season of the posh soap. There’s a dustiness and a mustiness about the place, a sense of same-old, same-old. Downton Drabbey. Even Dame Maggie’s withering one-liners aren’t as sharp as they once were. Dan Stevens‘s absence leaves an unfilled hole, just as Jessica Brown Findlay’s did before.”

Tom Sykes of The Daily Beast called the return on British Screens “a rather wonderful return to form.” He added, “What this opening episode really succeeded at was taking Downton back from an over reliance on massive, melodramatic plot points – car crashes, deaths, murders and so on – to the compelling minutiae of aristocratic British life of the period both above and below stairs.”

Caroline Frost of The Huffington Post UK cites “doom and delight” in the series four opener. She says that in the premiere, “writer Julian Fellowes‘ pen has made a cracking return to form.”

Owen Jones of The Independent says, “The first installment of Downton’s fourth season justifies its status as an iconic British drama.” Jones touts the “beautifully shot backdrop” and music, which “gives a constant sense of drama, even when nothing much is happening.”