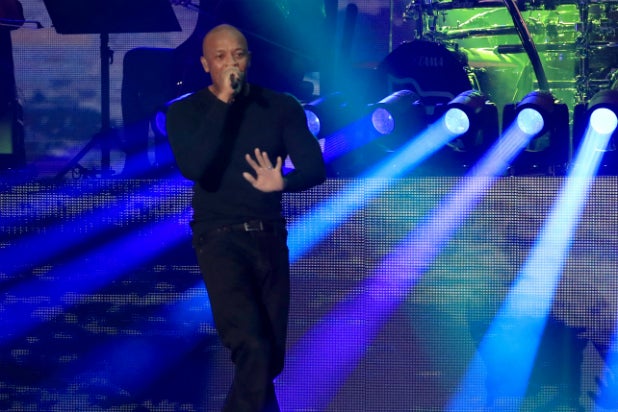 Dr. Dre was just owned in a battle — but not by another rapper. The mixing board ace and emcee lost a trademark fight against a gynecologist who aimed to copyright the name “Dr. Drai.”

Pennsylvania-based doctor Draion M. Burch has prevailed against Andre Romelle Young, who argued to the U.S. trademark office that such a request could cause “confusion,” particularly since Dr. Drai planned to sell audio books and seminars under the moniker.

In a USPTO filing obtained by TheWrap Wednesday, Burch countered that such an uncertainty was unlikely, “because Dr Dre is not a medical doctor nor is he qualified to provide any type of medical services or sell products specifically in the medical or healthcare industry.”

The real M.D. further argued that he was not actually trading on Dr. Dre’s reputation because such an association would be “a bad reflection on me as a doctor,” citing lyrics Burch characterized as misogynistic and homophobic.

Doctors like Burch — who is the author of “20 Things You May Not Know About A Vagina” — generally command a speaking fee of about $5,000. That large price tag played into the eventual decision, as such a hefty spend means a consumer would be likely to exercise a “higher degree of care” than for a casual purchase, the trademark office said.

In other words, no one is confusing the new Dr. Drai’s costly services for a $1.29 iTunes purchase of “Forgot About Dre.”