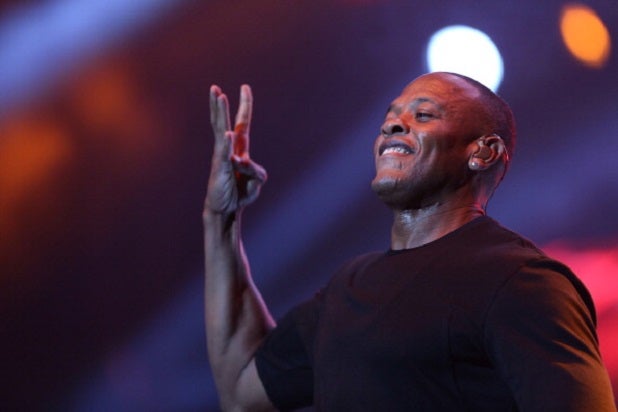 Dr. Dre has hit a bum note with a man who claims that he was hired by Dre’s Beats Electronics and subsequently stiffed out of millions in compensation.

Dre and Jimmy Iovine‘s Beats Electronics is named in a lawsuit filed by David Hyman, the founder of online music subscription service MOG, who says that he was fired before he could receive the benefits of his incentive plan after MOG was purchased in 2012.

The suit claims that, under an incentive plan adopted during Hyman’s tenure, he would be entitled to compensation including 2.5 percent of the company’s “currently outstanding equity interests,” with 1 percent due on the first anniversary of Hyman’s date of employment, and subsequent installments due in subsequent months. The suit also claims that he was promised a grant of 25 percent of the company’s outstanding equity interests following adoption of the incentive plan if the company achieved a fair market value of $500 million or more.

(An agreement attached as an exhibit to the suit indicates that Hyman entered an agreement with Daisy LLC, which bears the same address as Beats and is also listed as a defendant in the suit. Last August, the subscription music service that had been spun off from Beats Electronics under the code name Project Daisy reportedly changed its name to Beats Music, also named as a defendant in the suit. )

However, the suit says, after bringing most of the MOG team along, Hyman never reached his first anniversary with the company, as he was fired.

The suit says that Hyman was terminated for attempting to fire a problematic employee, but also claims that his sacking was part of a deliberate effort to deprive him of his compensation.

“[F]ollowing through on Defendants’ bad faith plan and scheme … to prevent plaintiff to remain [sic] employed by the Company long enough for his equity grant to vest, the Company terminated Plaintiff when he attempted to exercise his contractual right under the Hiring and Retention Provision  to dismiss the Problematic Employee,” the lawsuit reads.

Beats Electronics has not yet responded to TheWrap’s request for comment.

Hyman is seeking compensatory damages “in excess of $20 million,” plus interest.