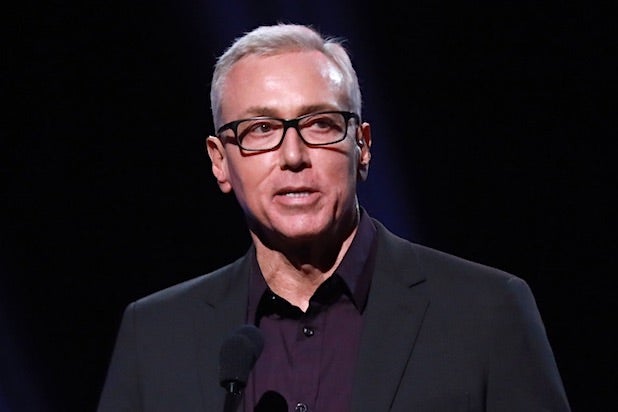 TV personality Dr. Drew Pinsky was immediately and mercilessly roasted this morning after he tried to speak out against the idea of vaccine passports.

In a tweet sent Monday, Pinsky argued that it would be wrong for countries to demand proof of vaccination against COVID-19 as a prerequisite for being allowed in. He wrote, “These vaccine passports segregate people and strip them of their freedom to travel internationally. Vaccinations are important, and I encourage everyone to get the Covid vaccine, but how would you feel if international travel also required other vaccinations?”

His tweet prompted a flood of snarky responses from Twitter users who reminded him that there are already dozens of countries that require foreigners to provide proof of vaccinations. Author Kurt Eichenwald summed it up succinctly by tweeting at Pinsky, “Proof of many other vaccines is already required for a lot of international travel. Do you know nothing?”

“Westworld” actor Jeffrey Wright answered Pinsky’s question by responding, “I’d make sure my vaccines were up to date and then hop on my flight… as I’ve done for the last 25 years of travel to countries requiring vaccines.” For good measure, Wright even added a list of the 124 countries he was referring to.

“International travel often DOES require vaccines,” Nate Browning tweeted. “Before I went to Kenya, I had to get a yellow fever shot. Before I went to Nicaragua, I needed a Dengue vaccine. Hell, to get my UAE visa I needed a negative TB & HIV test. Like, aren’t you supposed to be an expert or something?”

Browning raises a good point — you’d think Pinsky would already know that, given his credentials. So we’re not entirely ruling out the idea that the doctor’s tweet was aimed at a specific group of people who have been staunchly anti-vaccines.

That, or he’s just “a useless twat,” according to actor Evan Handler.

When I was a kid and you were on Loveline, you were often a voice of reason in an unjust world. And then I guess you fell and hit your head on something? Have you ever traveled outside of Pasadena?

And once again we all Google “Is Dr. Drew really a doctor?” https://t.co/666AdepwSJ

Hell, to get my UAE visa I needed a negative TB & HIV test. Like, aren't you supposed to be an expert or something?

I have yellow passbooks filled with required vaccine records from my international travels. Stop lying to people who are never even going to leave their own county.

International travel already requires a passport. Plenty of locations require vaccinations, too. I fail to see the issue here. I kind of feel like you're pandering to a certain group with this tweet…?

..uh…proof of many other vaccines is already required for a lot of international travel. Do you know nothing?

I'd make sure my vaccines were up to date and then hop on my flight…as I've done for the last 25 years of travel to countries requiring vaccines. Here's a list indicating countries that currently do (mostly for yellow fever). I count 124.https://t.co/GU4kSYLFUK

I'm sorry- aren't you a DRUG COUNSELOR?
We have SHOT RECORD cards- it's the SAME THING.

Shut up. I can't believe I listened to you and Poorman when I was a teen. You're TERRIBLE.

Genius, we have literally been doing this for nearly a century.

Where the hell have you been? pic.twitter.com/Qq5qer5TAs

It often does, you useless twat.