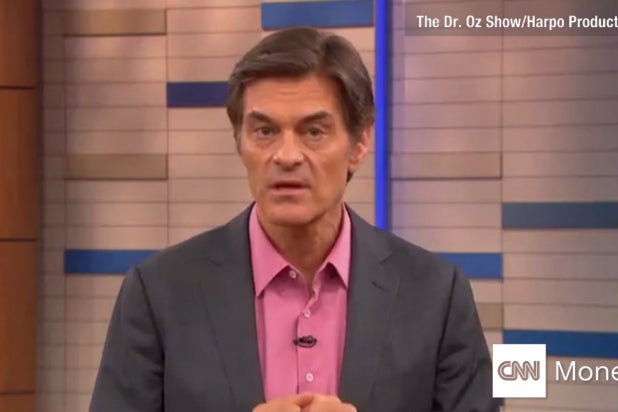 Dr. Mehmet Oz says he’s “not going anywhere” in a response to critics calling him a “quack” doctor.

“I was surprised by a brazen note as I entered the operating room at New York Presbyterian/Columbia University this week,” he wrote Thursday in a TIME op-ed, noting a small group of physicians he didn’t know who were calling for his faculty position at Columbia to be revoked because he’s promoted “an egregious lack of integrity by promoting quack treatments and cures in the interest of personal financial gain.”

Oz then went on to go through the list of doctors who went after his integrity, pointing out the lead doctor who wrote the critical note, Henry I. Miller, had a history as a pro-biotech scientist along with ties to the tobacco industry.

Also Read: Dr. Oz Fires Back at Doctor Critics: 'We Will Not Be Silenced'

“He also furthered the battle in California to block GMO labeling — a cause that I have been vocal about supporting,” Oz wrote. Another signee on the letter was found guilty of 13 counts of fraud related to Medicaid, Oz notes.

Dr. Oz went on to defend his medical career, one in which he’s searched “for ways to lessen the suffering” of his patients.

Also Read: Dr. Oz to Fire Back on TV at Doctors Calling Him a Greedy 'Quack'

He also stressed his support of alternative medicine was never intended to take the place of conventional medicine, but instead, be additive: “Critics often imply that any exploration of alternative methods means abandoning conventional approaches. It does not. In fact, many institutions like mine use the names “complementary” or “integrative” medicine, which is also appropriate.”

He closed with a guarantee he’s sticking around.

“I know I have irritated some potential allies. No matter our disagreements, freedom of speech is the most fundamental right we have as Americans. We will not be silenced. We’re not going anywhere.”