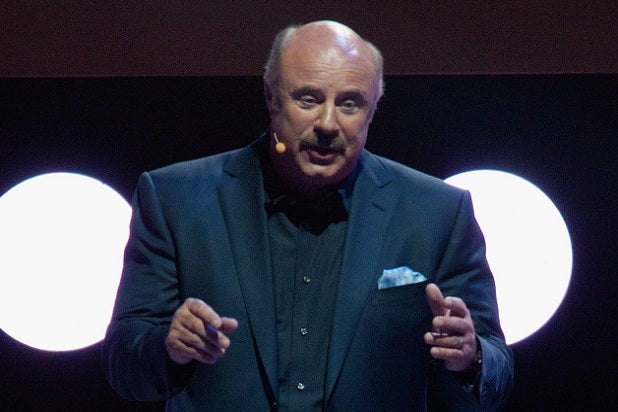 Dr. Phil wants to save some marriages — and wring some entertaining content out of the effort while he’s at it.

The special will present four couples locked in troubled marriages, who subject themselves to a battery of exercises and therapy sessions in a last-ditch effort to save their unions. Husband-and-wife marriage coaches Will Craig and Laurie Gerber will preside over the marriage-saving efforts.

“Will and Laurie watch the residents 24/7 in order to uncover each person’s issues and ultimately attempt to save these marriages by forcing the couples to save each other,” A&E said of the special. “At the end of the week, each twosome will have to decide whether recommit and stay together and or break up and go their separate ways.”

The couples in peril include Cory and Joann, who’ve been married for four years and are struggling with Cory’s inability to put his marriage first in his life and Joann’s stress management; Jacque and Danny, who fight constantly in front of their children and are aware of the negative impact it will have on them if it continues; Thomas and Jeanine, married nine months, who must face her inability to compromise and their ongoing trust issues as well as his emotional cheating; and Shannon and Joey, who’s 12-year marriage has been marred by husband Joey’s rampant infidelity.

Ghost Mountain Productions and Bienstock Young Media are producing the special for A&E. Along with the McGraws, Carla Pennington, Eugene Young, Jay Bienstock and Drew Tappon are also executive producing.