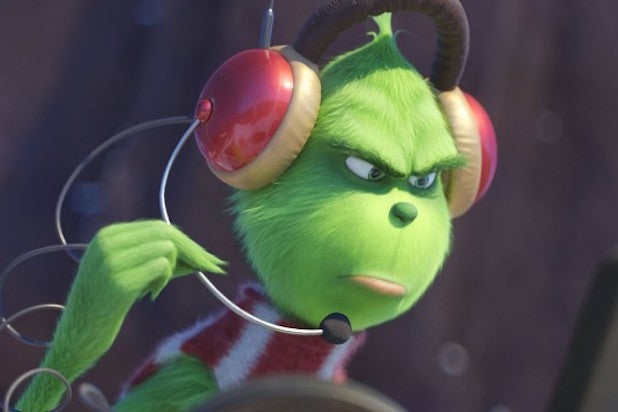 Illumination and Universal Pictures’ “Dr. Seuss’ The Grinch” has surpassed the $500 million mark at the worldwide box office, making it the sixth Illumination movie to reach the half-billion mark.

The film’s opening weekend grossed $67.7 million (Illumination’s seventh no. 1 opening) and has since grossed $270 million domestically. That makes it the sixth-highest grossing film of 2018 and the second-highest grossing animated film of the year.

“Dr. Seuss’ The Grinch” featured the voice of Benedict Cumberbatch as the infamous Grinch, who lives alone in a cave on Mt. Crumpet, with just his dog Max keeping him company. Rashida Jones, Kenan Thompson and Angela Lansbury voiced characters as well. Scott Mosier and Yarrow Cheney directed.

The last “Grinch” film was 2000’s “How the Grinch Stole Christmas,” which was directed by Ron Howard and featured the voice of Jim Carrey as the titular character. That film grossed $345 million globally.

Next up for Illumination is “The Secret Life of Pets 2” starring the voices of Kevin Hart, Tiffany Haddish and Harrison Ford. The film will hit theaters on June 7.