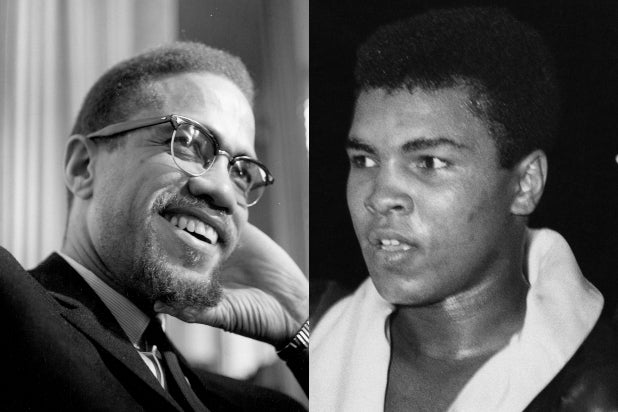 A+E Studios is developing a limited series about the friendship between Malcolm X and Muhammad Ali, with NBA star Carmelo Anthony on board as an executive producer.

The eight-episode limited series, “Blood Brothers” (working title), is based on the 2016 book of the same name by Johnny Smith and Randy Roberts. The book tells the story of the real-life friendship between the two civil rights icons, and its eventual demise.

“Blood Brothers” is an examination of the friendship between two of the most prominent Black figures: Muhammad Ali and Malcolm X. Beginning with Ali’s (then known as Cassius Clay) initial meeting and eventual bond with Malcolm X, the series will explore their personal lives and instantaneous friendship, as well as the relationship’s eventual demise due to America’s socio-political tensions and divisiveness within the Nation of Islam.

“From the moment I read the book ‘Blood Brothers,’ I wanted nothing more than to tell the story of these two legendary figures. It’s my plan to reach out to members of both families to create the most well-rounded show I can and it’s my hope that the final product gives the audience insight that they hadn’t had,” said Murray. “The partnership with Tana Jamieson and A+E Studios is something of a homecoming for me. Thirteen years ago, Tana was bold enough to greenlight my first pilot, ‘Under.’ She was a great partner and that, coupled with her long history of daring storytelling, makes her the right person to be in charge of this type of bold story.”

“A+E Studios is honored to tell this provocative, untold story of the bond between Muhammad Ali and Malcolm X,” said Barry Jossen, President and Head of A+E Studios, and Tana Jamieson, Executive Vice President, Creative Affairs, A+E Studios. “Under the thoughtful guidance of our dear friend Charles Murray and an extraordinary group of executive producers, the series will add to the legacies of these two icons who left an indelible imprint on America.”