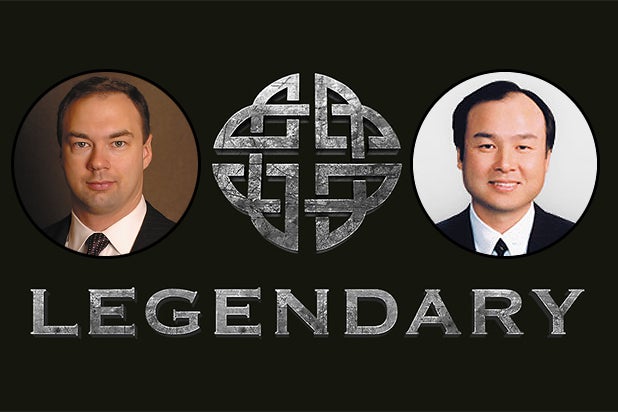 Japan’s financial conglomerate SoftBank has cooled off from its talks to acquire DreamWorks Animation, and has instead set its sights on buying a stake in Thomas Tull‘s Legendary Entertainment, according to media reports.

SoftBank CEO Masayoshi Son has been in talks with Tull for several weeks in addition to his negotiations with DreamWorks CEO Jeffrey Katzenberg. The Legendary deal would not give SoftBank a majority stake, but could still be considered a major investment, according to The Hollywood Reporter.

A spokeswoman for Legendary declined to comment to TheWrap.

Softbank, which owns Sprint and holds a 32 percent stake in China’s e-commerce conglomerate Alibaba, has been looking for content creators and studio partners to increase its international mobile-subscription offerings.

Legendary recently entered a multi-year co-financing and distribution deal with Universal, and before that it had a similar deal with Warner Bros., where it financed more than half of this summer’s “Godzilla.” Under its deal with Warner Bros., Legendary had also backed the “Hangover” franchise and Christopher Nolan‘s “The Dark Knight,” while with Universal it has a stake in Nolan’s upcoming “Interstellar.”

DreamWorks Animation stocked soared Monday on news of the SoftBank talks but dropped significantly in after-hours trading amid new reports the deal was cooling.