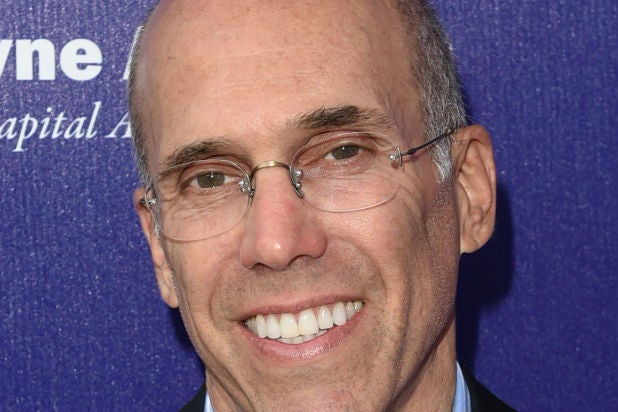 DreamWorks Animation has two major deals on its plate involving Hasbro and Hearst, an individual with knowledge of the talks confirmed to TheWrap.

The first deal would see Jeffrey Katzenberg‘s DWA merging with toy giant Hasbro to form a company called DreamWorks-Hasbro. The other would turn Brian Robbins‘ AwesomenessTV into a joint venture with Hearst.

A merger with a toy company would make sense considering the studio’s commitment to consumer products associated with its films. In recent years, Katzenberg has sought to diversify DreamWorks Animation’s portfolio to insulate itself from the ups and downs of the film business, which Katzenberg has said is no longer a growth area. The company took writedowns on “Rise of The Guardians,” “Turbo” and “Mr. Peabody & Sherman.”

Hasbro currently produces toys for Disney, Marvel and Lucasfilm’s “Star Wars.” They’ve also ventured into the movie business with films based on their Transformers, G.I. Joe and Ouija brands.

AwesomenessTV is an area of explosive growth for the company and could use an influx of cash from Hearst to bolster content creation. As TheWrap exclusively reported, the company recently announced that it will produce a live action series based on “Richie Rich” for Netflix and also announced that it will launch feature film “Expelled” on multiple platforms in December.

Deadline was the first to report these latest deals. A spokesperson for DreamWorks Animation told TheWrap “we don’t comment on rumors and speculation.”

DWA was in talks in late September for a possible sale to Japanese conglomerate SoftBank. The deal would have valued the company at $3.4 billion.