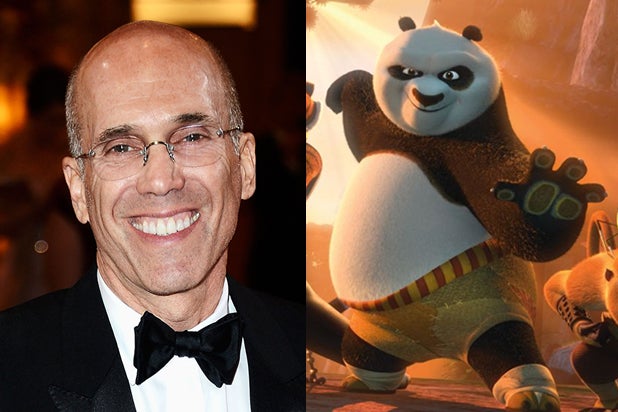 DreamWorks Animation’s announcement that it will slash its workforce by nearly 20 percent and its film output by a third underscores a struggling genre and the company’s desperation to survive after merger talks failed.

An SEC filing Thursday details DWA’s reduction strategy, a plan some analysts say is a risky model that at best will keep the struggling animation studio afloat, but is not a long-term solution.

Among the changes, DWA plans to cut approximately 500 jobs across the board. The studio currently employs around 2,200 staffers and the cuts would make up about 18 percent of the workforce.

The studio will also release two films per year, down from three. In a conference call with the media Thursday afternoon, the struggling animation company additionally revealed that top brass — including marketing chief Dawn Taubin, Vice Chairman Lou Coleman and COO Mark Zoradi — would be exiting.

“They have a very risky business model,” said Philip Schuman of financial consultant firm FTI. “They don’t put out a lot of product. What they do put out has to work.”

Over the past year, Jeffrey Katzenberg‘s company has seen “How to Train Your Dragon 2” hit $618 million at the worldwide box office. However, “Penguins of Madagascar” and “Mr. Peabody & Sherman” failed to meet expectations. The latter forced a $57 million write down in April, and last year’s “Turbo” and 2013’s “Rise of the Guardians” also sank deeply into the red.

“I think they’re suffering from some very antiquated approaches,” said Seth Willenson, a valuation analyst specializing in media and entertainment properties. To reverse the situation, Willenson believes Katzenberg and DWA’s leadership must show that they can evolve with the times.

“You have some very smart people making the calls there, but they are executives who have had the greatest success in old business models,” he said. “The question is, can they change their approach to make it work in the new models?”

DWA’s struggles are emblematic of the industry’s larger challenge with animated fare. While it remains one of the most potent genres in film, a deluge of product and 3D have taken some luster off of the big-screen cartoon, analysts say.

In 2013, for instance, three movies cracked the top 10 list of animated films of all time: Disney’s “Frozen” marks the fourth-largest ever at $400.7 million, while Universal’s “Despicable Me 2” took sixth place with $368 million and Disney-Pixar’s “Monsters University” was tenth with $268.5 million. “There is a lot of competition out there among movies,” says box office analyst Paul Dergarabedian. “It’s more than just branding that brings kids into the theaters.”

“They’re making tentpoles, and those are expensive,” Schuman said. “Concentrating efforts from three to two films a year is a smart business move.”

But the rising cost of producing animated films in the U.S. and California won’t make it easy, especially when compared to foreign nations that are turning them out far more cheaply, Willenson said. Most of the studio’s recent films have run between $135 million and $150 million to produce.

The cost of paying Paramount Pictures and Twentieth Century Fox to distribute their films, while maintaining parallel executives to oversee the operations could be cut as well, he said.

The declining value of home entertainment re-releases, which studios have historically counted on for additional revenue streams, is an additional challenge. “Once a film is out there digitally, it may not be officially in the public domain, but for practical purposes, it is,” said Willenson.

That has cut the value of DWA’s film library,  which includes “Shrek,” “Kung Fu Panda” and “Madagascar,” and was a real strength for DWA just a few years ago. It also reduces the potential returns on ancillaries like DVDs and downloads.

Softbank, which owns Sprint and holds a 32 percent stake in China’s e-commerce conglomerate Alibaba, had been looking for content creators and studio partners to increase its international mobile-subscription offerings in September. After talks with DWA broke down, SoftBank turned its attention to Legendary entertainment, investing $250 million into Thomas Tull‘s company.

Toy maker Hasbro was looking to extend its business with an animation division, but talks broke down in mid-November over DWA’s asking price.