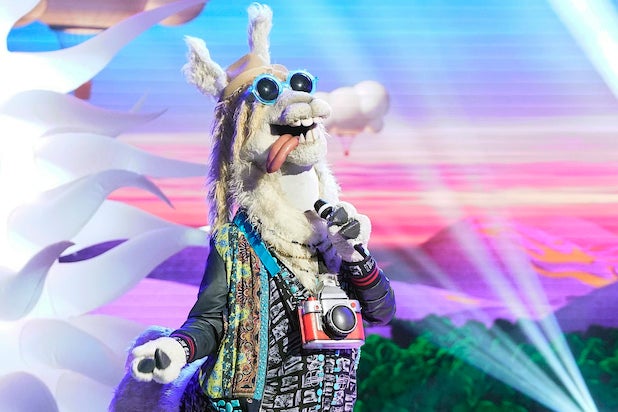 (Warning: This post contains spoilers for Wednesday’s episode of “The Masked Singer”)

When Drew Carey signed on to compete as The Llama on Season 3 of Fox’s “The Masked Singer,” he was sure he wouldn’t win the smash-hit singing competition — he just hoped he wouldn’t be the very first one eliminated.

“I didn’t expect to win. I didn’t think, ‘Oh, I could win this thing.’ But I can sing OK. I’m not a professional singer, but I can do something and I don’t think I’m gonna get voted off first,” Carey told TheWrap Wednesday. “All I wanted to do is get through the first round and not get voted off and everything after that was like, ‘OK, I’m all set.'”

Welp, he got his wish, being knocked out on Wednesday’s episode — the second installment of the third season — rather than Sunday’s big post-Super Bowl LIV premiere.

But now that “The Price Is Right” host knows that him being saved meant Grammy-winning rapper Lil Wayne was eliminated and unmasked as The Robot, he feels just terrible.

“Was he The Robot? Oh my God! I had no idea,” Carey told TheWrap Wednesday. “Oh, I feel horrible. Poor guy.”

Yeah, unfortunately, we were the ones who broke the news to the comedian, who spoke with us ahead of tonight’s episode, in which he performs Tom Jones’ “It’s Not Unusual” as part of the five remaining contestants in Season 3’s Group A, before being booted from the competition.

And the reason Carey didn’t know the identity of The Robot until we told him this morning was because a) “The Masked Singer” contestants are not allowed to interact on set and never know who else is competing on the show until each one is unmasked as the episodes air and b) watching Sunday’s premiere was an awkward experience for him that ended before the hour’s big Weezy reveal.

“When the show came on after the Super Bowl, I had a bunch of people over,” Carey told us. “Like, I definitely don’t know who anybody else on the show is, they keep that secret from you, you’re not allowed to interact. So I knew it was The Robot [who got eliminated], but I never knew who The Robot was. And then my friends wanted to watch it and we watched a little bit of it and I was like, ‘Oh my God, I can’t watch this show with my friends over.'”

“So we watched the first performance The White Tiger, and then I had to pretend, I was like, ‘Can we watch something else? I get it. The show’s not that great.’ (laughs),” he continued. “I had to go through all that just to get them to change the channel to watch a movie. So I never did get to see it!”

Carey said he was then a little too busy with his day job, hosting CBS’ “The Price Is Right,” to watch the rest of the premiere over the last couple days. He also said his day job is actually one of the reasons he decided to do “The Masked Singer.”

“You know, I have this crazy career going on and I’m at this point where I love doing ‘The Price Is Right,’ but anything to get outside and do something extra as a goof is fun to me,” he said. “I get to do something different and I thought, ‘Oh, this would be good advertising for ‘The Price Is Right,’ ’cause they have kinda the same demographics. So I thought that would be good for the show, it would be a fun goof for me to do, and, honestly, I just did it for the laughs.”