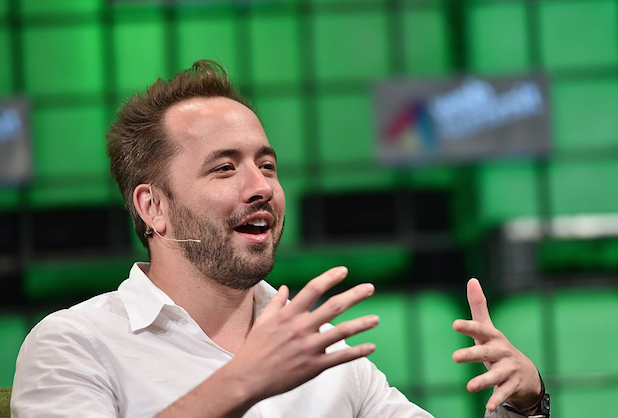 Dropbox Inc. is set to make its Wall Street debut this month with a multi-billion dollar valuation — making it one of tech’s biggest initial public offerings in recent years, but still well short of its previous valuation.

The cloud storage and file sharing behemoth is selling 36 million shares, priced between $16-18 per share, according to an updated SEC filing on Monday. The offering could raise nearly $650 million for the San Francisco-based company and values Dropbox at $7.1 billion. A 2014 financing round, spearheaded by BlackRock, had valued the company with a $10 billion valuation.

Dropbox also agreed to sell $100 million worth of shares to Salesforce in a private placement concurrent with its IPO.

When Dropbox officially goes live on the Nasdaq — which is expected to happen next week — chief executive and co-founder Drew Houston will own 22 percent of outstanding shares. Director Arash Ferdowsi, who co-founded the company in 2007, will hold 8.8 percent of outstanding shares. Sequoia Capital, an early investor in the company, will have a stake worth more than 20 percent.

Dropbox’s Monday filing kicked its investor roadshow into high gear touting the IPO. It already shared that it has 500 million users — including 11 million paying customers — and reported a 30 percent year-over-year jump in revenue to $1.1 billion in 2017.

Dropbox’s chief competitor, Box, has been publicly traded since 2015. It opened Monday trading hovering below $21 a share, with a market cap of 2.8 billion.