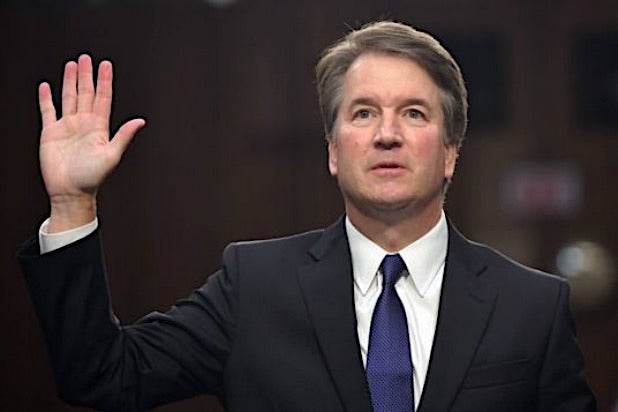 The Drudge Report caught criticism Monday for linking to a negative news story about Christine Ford, the woman who has accused Supreme Court nominee Brett Kavanaugh of assaulting her when they were in high school — because the story by Grabien News turned out to be about a different woman named Christine Ford.

“Drudge has now deleted the item — God knows how many times this item was echoed through social media,” said longtime politics journalist Jeff Greenfield, who noted the name discrepancy in the Grabien story.

MSNBC contributor Josh Barro also pointed to the error, linking out to a Drudge Report tweet about the Grabien story that has since been deleted.

These are reviews for Christine A. Ford, a licensed social worker who holds an MSW from Cal State Long Beach & taught at Cal State Fullerton. https://t.co/RHEFgLdHvS

Kavanaugh's accuser is Christine B. Ford, who holds a PhD from USC and teaches at Palo Alto University. https://t.co/gCwf2KVi5T

Grabien News reported it had unearthed a long list of negative reviews, written by students, about professor Christine Ford.

While Kavanaugh’s accuser, Christine Blasey Ford, is a professor at Palo Alto University, the reviews cited by Grabien were about Christine A. Ford who taught at California State University, Fullerton from 2010 to 2014.

Drudge was not the only outlet to relay the false report, according to Observer.com, which said The Gateway Pundit, Mark Levin, Fox News’ Laura Ingraham and Chuck Woolery also shared the story.

Matt Drudge, the founder of The Drudge Report, did not immediately respond to a request for comment from TheWrap.

Grabien News retracted the story and apologized for its “error” in reporting. “We regret not going to greater lengths to ensure this was indeed the same Christine Ford.

“Please do not share this article with anyone (and if you have, delete it/withdraw it); we are only leaving the page up so you can see this important update,” the site posted on its retracted story.

Here are more responses to Drudge’s promotion of the story:

New: I talked to the other Christine Ford, a very nice person who was giving a speech to the L.A. Dept. of Mental Health when Drudge, GatewayPundit, Posobiec and others started tearing apart her RateMyProfessors page, claiming she was Kavanaugh's accuser.https://t.co/8Xf1EOWG9A

This story is about an entirely different woman with the same name as Kavanaugh's accuser. Drudge just linked to it.

But it has no discernible byline, so there's nobody to specifically tell that the entire premise of the story is wrong. Neat trick!https://t.co/8F5rOsJ2AV

In fact, @DRUDGE_REPORT has "savaged" the wrong Christine Ford… and this tweet is still circulating 2 hours later. Will a correction and apology be forthcoming? https://t.co/yD2YQh8Wxg #Kavanaugh pic.twitter.com/NeMEuO1utQ