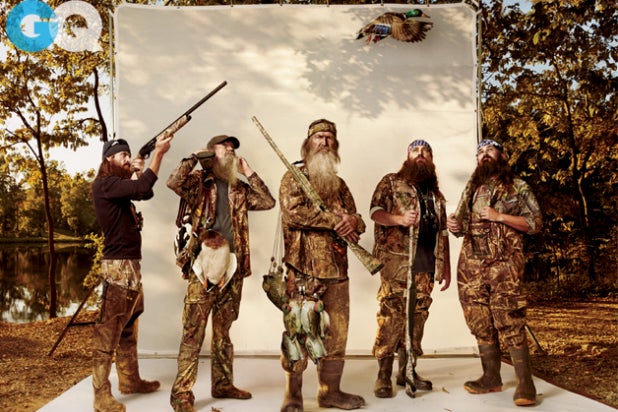 Phil Robertson, patriarch of A&E’s “Duck Dynasty” clan, has been in hot water since Wednesday over some pretty graphic anti-gay comments he made in a GQ Magazine article.

But there are a few other gems in his interview that we think you might enjoy.

On growing up in Louisiana before the Civil Rights Era:

“I never, with my eyes, saw the mistreatment of any black person. Not once. Where we lived was all farmers. The blacks worked for the farmers. I hoed cotton with them. I’m with the blacks, because we’re white trash. We’re going across the field … They’re singing and happy. I never heard one of them, one black person, say, ‘I tell you what: These doggone white people’ — not a word! … Pre-entitlement, pre-welfare, you say: Were they happy? They were godly; they were happy; no one was singing the blues.”

On why he voted for Republican presidential candidate Mitt Romney in 2012:

“We never, ever judge someone on who’s going to heaven, hell. That’s the Almighty’s job. We just love ‘em, give ‘em the good news about Jesus — whether they’re homosexuals, drunks, terrorists. We let God sort ‘em out later, you see what I’m saying?”

“All you have to do is look at any society where there is no Jesus. I’ll give you four: Nazis, no Jesus. Look at their record. Uh, Shintos? They started this thing in Pearl Harbor. Any Jesus among them? None. Communists? None. Islamists? Zero. That’s 80 years of ideologies that have popped up where no Jesus was allowed among those four groups. Just look at the records as far as murder goes among those four groups.”

And ultimately, on reality: