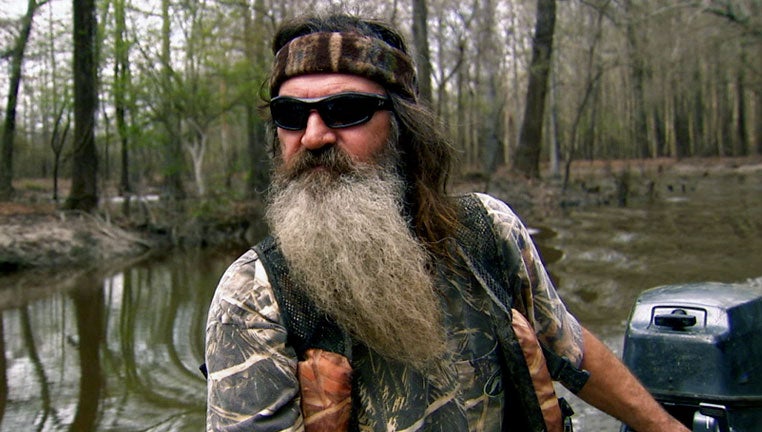 Never mind the debate over Americans’ Second Amendment rights — as far as the “Duck Dynasty” gang is concerned, what the nation really needs to do is get a grip on its base urges.

Si and Phil Robertson, the elder cast members of the hit A&E series, make the case for sin control in a new interview with Men’s Journal.

Also read: ‘Duck Dynasty’ Daddy: America Would Be Better Off ‘If All of Us Loved God’

As far as the Robertson clan’s efforts to stem their own immoral urges (the deeply religious family showcases its faith on the program), the “Duck Dynasty” stars admit to varying degrees of success. While cast member Jase Robertson told Men’s Journal that he’s shunned “immoral sex” throughout his life, has “never done drugs” and “never been drunk,” Si — whose history includes a stint serving in the Vietnam war — admitted to a more checkered past.

“I kept a fifth of whiskey in my pocket everywhere I went,” Si recalled. “I tried dope one time, OK, like marijuana, but why would you smoke something that makes you feel 100 years old? So, drugs wasn’t it for me. In my mind, it was alcohol and whoring around.”

Phil — who founded the Duck Commander duck-call empire that the series centers around — admitted that temptation still crosses his path, in the form of the “many, many, many” “Duck Dynasty” groupies (yes, apparently there are such creatures) he encounters on his travels.

“They walk up with a pair of little bitty, bitty bikini underwear and say, ‘Will you sign these?’ Well, my first question is, ‘Are they clean?'” Robertson offered.