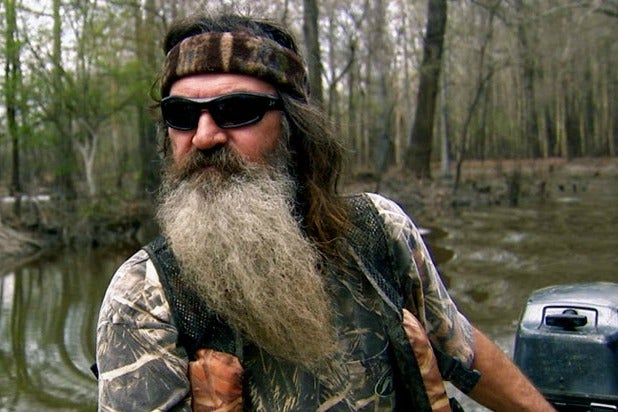 Phil Robertson — the “Duck Dynasty” star who was briefly suspended from the A&E series after bashing gays in a GQ interview — once again has uttered more than enough words to offend not only the entire LGBT community, but people suffering from any number of debilitating diseases.

“God says, ‘One woman, one man,’ and everyone says, ‘Oh, that’s old hat, that’s that old Bible stuff,'” Robertson said. “But I’m thinking, well let’s see now. A clean guy — a disease-free guy and a disease-free woman — they marry and they keep their sex between the two of them. They’re not going to get chlamydia, and gonorrhea, and syphilis, and AIDS. It’s safe.”

“To me, either it’s the wildest coincidence ever that horrible diseases follow immoral conduct, or, it’s God saying, ‘There’s a penalty for that kind of conduct,'” he added. “I’m leaning towards there’s a penalty toward it.”

Robertson’s latest rant came after Perkins praised him for not conforming to “political correctness” that “is destroying the country” when under fire in 2013 for comparing homosexuality to bestiality, and lumping its practitioners in with “terrorists” going to hell.

Listen to the audio below: