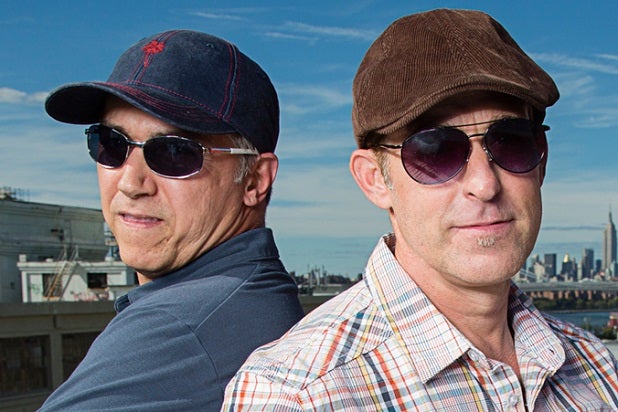 Phil Robertson’s reality TV cohorts have responded to the “Duck Dynasty” star’s gay-bashing comments in GQ magazine, saying that he’s dead-wrong … about the quality of vagina versus male anus.

Chris Morelli and Tad Eaton, an openly gay couple featured on “Storage Wars: New York,” explained to TMZ on Wednesday that the “Duck Dynasty” father has it all backwards about the sexual joy that various orifices offer.

“We could give a s— what [Robertson] thinks,” the couple told the website, going on to explain that the male anus “is tighter” than the vagina.

Robertson kicked off a raging debate on Wednesday, after making several anti-gay comments in a GQ profile.

Among them, Robertson — who describes himself as a reformed sinner turned devotee of Christ — theorized, “It seems to me, a vagina — as a man — would be more desirable than a man’s anus. That’s just me. I’m just thinking, ‘There’s more there! She’s got more to offer.’ I mean, come on, dudes! You know what I’m saying? But hey, sin: It’s not logical, my man. It’s just not logical.”

Robertson made several other comments disparaging homosexuals, grouping them with “drunks” and “terrorists,” and declaring that gays “won’t inherit the kingdom of God.”

Morelli and Eaton didn’t seem particularly shaken up by Robertson’s proclamations while speaking to TMZ, noting that they’re “not offended.”

“You can’t go through life worrying what other people think. That’s their values and that’s what they think … as long as they’re not nasty to people … We’re not offended at all,” the pair offered.

The pair also added that they “like Phil” and “like the show.” (Both “Duck Dynasty” and “Storage Wars: New York” air on A&E. )

The Gay and Lesbian Alliance Against Defamation was less forgiving, with GLAAD spokesman Wilson Cruz saying that Robertson is pushing “vile and extreme stereotypes.”

“Phil and his family claim to be Christian, but Phil’s lies about an entire community fly in the face of what true Christians believe,” Cruz noted. “He clearly knows nothing about gay people or the majority of Louisianans — and Americans — who support legal recognition for loving and committed gay and lesbian couples. Phil’s decision to push vile and extreme stereotypes is a stain on A&E and his sponsors who now need to reexamine their ties to someone with such public disdain for LGBT people and families.”