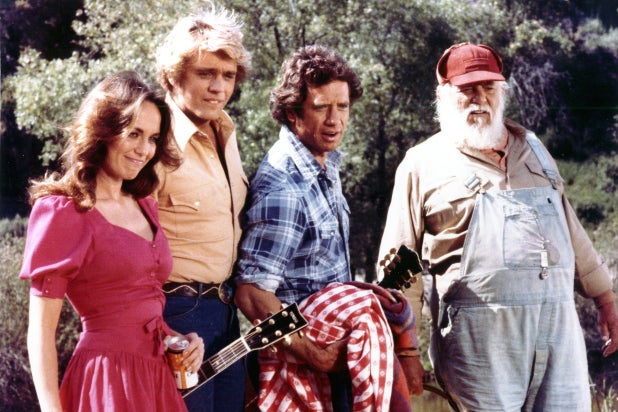 The original stars of CBS’s popular series “Dukes of Hazzard” are speaking their mind about the recently renewed criticism of the show’s use of the Confederate flag.

John Schneider and Tom Wopat, who played Bo and Luke Duke in the series which ran from 1979 to 1985, addressed the controversial symbol of the Confederacy that is painted atop the show’s famous car, a Dodge Charger nicknamed the General Lee.

“I have never had an African American come up to me and have any problem with it whatsoever,” Schneider, 60, said in an interview with The Hollywood Reporter. “The whole politically correct generation has gotten way out of hand.”

Wopat, 69, was more understanding of the current generation’s call to remove the flag from pop culture.

“The situation in the country has obviously changed in the last 40 years. I feel fortunate to be living in a time when we can address some of the injustices of the past,” he said. “But the car is innocent.”

The series’ creator, Gy Waldron, 87, also explained his feelings about the Confederate flag, going back to his childhood in Kentucky.

“I had relatives fight on both sides of the Civil War and we honored both the American and Confederate flags,” he told THR. “No one even connected the Confederate flag with slavery. It was simply a part of our Southern culture.”

But Waldron added that he does “wholeheartedly support the Black Lives Matter movement and its quest to address racism around the world.”

THR also spoke to Ben Jones, the actor who played Cooter the mechanic on the show and later went on to serve as a Democratic Georgia congressman from 1989 to 1993, took a sympathetic stance to the flag.

“There are 80 million descendants of the Confederacy — one out of four people has that heritage. Most of them have no problem with the flag at all,” Jones, 78, said. “This was a family show. Black families watched it for generations. I know this. I had a [congressional] office right there in the Martin Luther King district. King’s right-hand man Andy Young is a dear friend of mine. We couldn’t care less about rebel flags.”

Jones has been known to throw an annual fan convention for the series in West Virginia called the Good Ol’ Boys Fest. He also runs a “Dukes of Hazzard” themed-shop called Cooter’s Place.

Speaking to the possibility of removing the flag from the roof of the car digitally within each episode, Jones said “That wouldn’t please anybody.”

“After 40 years seen all over the world — in thousands of jigsaw puzzles, on model cars and lunch boxes — the General Lee, by not having the flag there, would just draw attention to itself,” he added.

Schneider agreed with Jones, saying he feels the show is being unfairly discounted.

Also Read: What 'Dead to Me' Taught Linda Cardellini About Grief: 'No Matter How Much You Love, You Will Lose'

“Dukes of Hazzard was a unifying force. Mom, grandma, everyone wanted to watch it together. But who benefits from division?” he says. “The Dukes of Hazzard has been shot down, I believe unfairly. We haven’t missed a generation yet, but we may miss this next one.”

TheWrap also reached out to Catherine Bach, who played Bo and Luke’s cousin Daisy Duke on the series. Reps for the actress did not immediately return requests for comment.

“The Dukes of Hazzard” is not currently airing in syndication on TV, but it is available to stream on Amazon Prime Video. Reps for the streaming service, as well as CBS and the original studio, Warner Bros. Television, did not immediately respond to requests for comment.