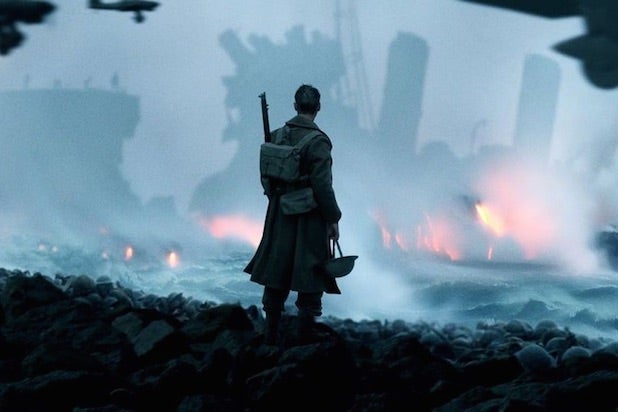 “Dunkirk” has been honored for the best sound mixing in a live-action film by the Cinema Audio Society, which presented its 2018 CAS Awards at the Omni Los Angeles Hotel.

It won in a category in which four of the five nominees – “Dunkirk,” “Baby Driver,” “The Shape of Water” and “Star Wars: The Last Jedi” – are also Oscar nominees for sound mixing. CAS Awards voters also nominated “Wonder Woman,” while the Oscars’ sound branch went for “Blade Runner 2049” as its fifth nominee.

On Feb. 18, the other group that honors sound in film, the Motion Picture Sound Editors, gave “Blade Runner” its top award at the Golden Reel Awards.

In the first 24 years the CAS handed out awards, its winner has gone on to receive the Oscar for sound mixing exactly half the time. Only once, with “Whiplash,” has the Oscar gone to a film not even nominated at the CAS Awards.

Two films that have won the majority of guild honors in their fields won again at the CAS Awards: Lee Unkrich’s animated feature “Coco” and Brett Morgen’s documentary “Jane.”

While the 2019 and 2020 Academy Awards went without a host, TheWrap looks back at the best Oscars hosts, from Anne Hathaway to Jimmy Kimmel.