Dwayne Hickman, the actor best known as Dobie from “The Many Loves of Dobie Gillis,” died on Sunday morning due to complications from Parkinson’s disease. He was 87.

According to a spokesperson for the Hickman family, the actor “died peacefully, surrounded by family, at home in Los Angeles.”

Hickman was just 6 years old when he made his film debut as an extra in the classic film “The Grapes of Wrath,” followed by another early screen appearance in “The Boy with the Green Hair.” As a young man, he was a series regular for five seasons on “The Bob Cummings Show,” where he observed and learned from comedy greats like George Burns and Jack Benny. But his breakout role came playing the title character in 1959 with “The Many Loves of Dobie Gillis,” alongside Bob Denver, who later played Gilligan on “Gilligan’s Island.” Hickman died on Denver’s birthday. 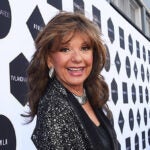 After “Dobie Gillis,” Hickman went back to school to get a degree, before returning to film. Upon his return, he starred in projects like “How to Stuff a Wild Bikini” with Annette Funicello, and “Ski Party,” “Sergeant Deadhead” and “Dr. Goldfoot and the Bikini Machine” with Frankie Avalon. He also starred in the Academy Award-winning comedy western classic, “Cat Ballou” with Jane Fonda and Lee Marvin.

In the 1970s, Hickman returned to television, but as a network executive with CBS Television. Hickman worked for a decade supervising iconic shows including “Maude,” “M*A*S*H” and “Designing Women.”

In addition to acting and directing, he and his wife Joan, co-authored his autobiography, “Forever Dobie: The Many Lives of Dwayne Hickman” as well as developing film and TV scripts. He eventually returned to screens in Paramount’s “The Night at the Roxbury” and also appeared for two seasons on the “Clueless” television series.

Dwayne Hickman is survived by his wife, Joan Roberts, their son, Albert Hickman and son, John Hickman, with the late, Carol Christensen Sneed. Services will be private and memorial plans have not yet been set.