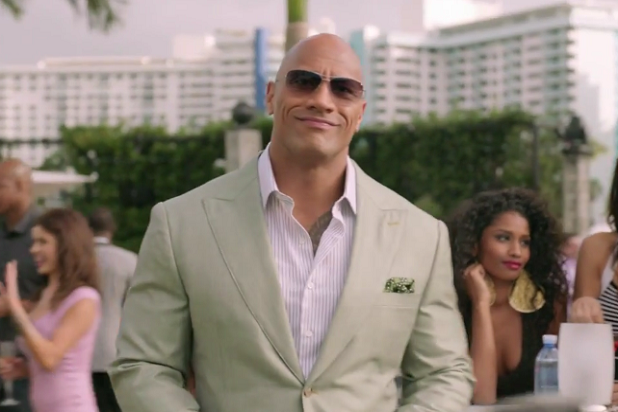 Dwayne Johnson and Mark Wahlberg might have to dig deep into their pockets if a lawsuit over their HBO series “Ballers” goes against them.

Johnson and Wahlberg are being sued by a pair of Palmdale, California writers who allege that “Ballers” lifts from their own work, and in an amended complaint filed in federal court in California on Tuesday, they tacked on a $200 million damages tag.

In the suit, Everette Silas and Sherri Littleton claim that “Ballers” lifts numerous elements from their own work, “Off Season.”

The suit asserts that the HBO series “borrows heavily” from “Off Season,” and cites “certain aesthetic elements, including, without limitation, physical appearance of the characters and their vehicles, and plots, scenes, as well as story lines.”

According to the complaint, the theme of both works centers “around the fast paced and lavish lives of professional football players in the off season and depicts … the antics that these football players engage in, such as partying, fights, infidelity, drug use, and contract talks, and the steps they take and sacrifices they make to keep those antics from becoming public.”

In the suit, the plaintiffs allege that in or aeround May 2007, copies of their “Off Season” screenplay were personally given to Steve Mayer, an executive of IMG Productions, a sports production company, and to Chris Albrecht, another IMG executive, and, at that time, the acting chief executive officer of HBO. The suit claims that HBO thus “had direct access to the Materials since its CEO was given a copy of the Materials.”

HBO, “Ballers” creator Stephen Levinson, 7 Bucks Entertainment and Leverage Management are also named in the suit, which was initially filed in December.

When the lawsuit was originally filed, HBO told TheWrap, “We are confident the case has no merit.”

“At present, the amount of such damages, gains, profits and advantages cannot be fully ascertained by Plaintiffs but, on information and belief, Plaintiffs believes [sic] that such damages may equal or exceed $200 million,” the suit reads.