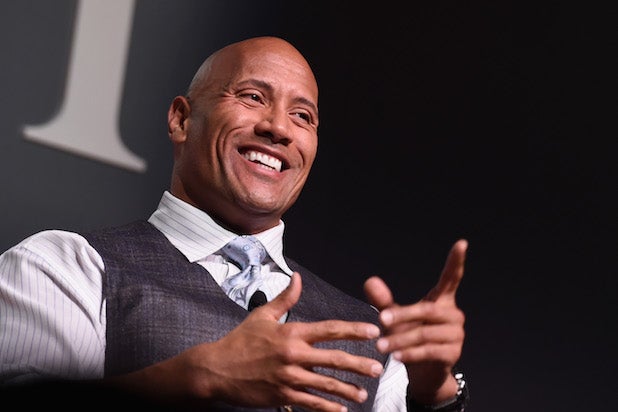 Dwayne “The Rock” Johnson has been named Entertainer of the Year at the 2017 NAACP Image Awards, which were handed out on Saturday night at the Pasadena Civic Auditorium.

Johnson beat out Beyoncé, who won five awards on Friday night, when the bulk of the Image Awards categories were awarded in a non-televised ceremony. Viola Davis, Regina King and Chance the Rapper were also nominated.

The show was hosted by Anthony Anderson and broadcast live on TV One.

Entertainer of the Year: Dwayne “The Rock” Johnson

Outstanding Actor in a Drama Series: Sterling K. Brown, “This Is Us”

Donald Trump thanked a white woman for brandishing a “Blacks for Trump” sign at a rally on Tuesday, but she’s not alone

#BlacksforTrump trended on Twitter on Tuesday after a photo of a white woman holding up a sign touting the GOP candidate's popularity with black voters went viral.

She's not inventing anything, however. Several other white folks have been spotted inflating black support at Trump rallies...