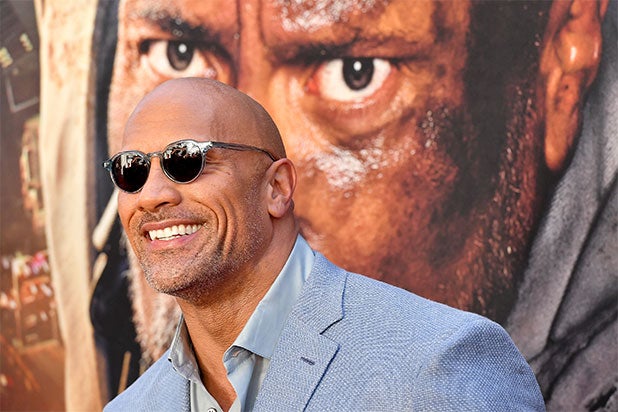 Dwayne Johnson will star as Hawaiian king Kamehameha I in Robert Zemeckis’ “The King.” Warner Bros. and New Line picked up the package.

“King” is based on a spec script written by Randall Wallace (“Braveheart”). Johnson will produce alongside his Seven Bucks Productions partners Dany Garcia and Hiram Garcia, as well as FlynnPictureCo’s Beau Flynn, Zemeckis and Wallace.

Last year, a Hawaiian priest blessed the project, Johnson, Wallace and Garcia during a ceremony in Hawaii. “The King” is a historical epic that will be based on the true-life story of Kamehameha, the king who was the first to unite the Hawaiian islands. Johnson has been working on this project since 2001.

Also Read: Dwayne 'The Rock' Johnson Earns the Most For Acting -- But Doesn't Top Forbes' List of Highest-Paid Actors

New Line has previously worked with Johnson and Flynn on projects like “San Andreas,” “Rampage” and “Journey 2: The Mysterious Island,” which have grossed over $1.2 billion worldwide. Several other studios were bidding on the package.

Johnson is currently filming “Jungle Cruise” alongside Emily Blunt and has “Hobbs and Shaw,” the “Jumanji” sequel and “Red Notice” on his upcoming slate. He is represented by Viewpoint, Jonesworks and WME.