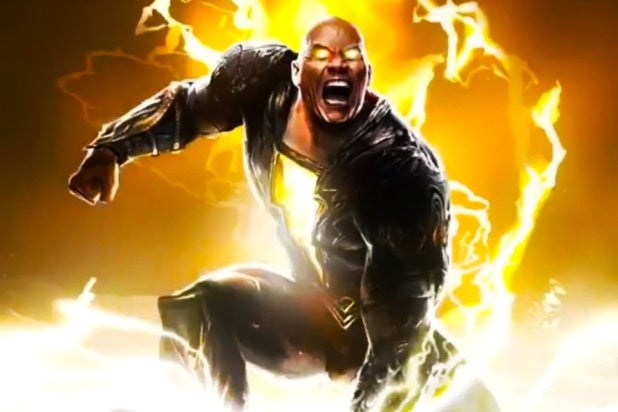 As part of a yet another mass change to movie release dates brought on by (what else) the ongoing COVID-19 pandemic, Warner Bros. announced Monday night that “Black Adam,” based on the DC Comics character and starring Dwayne Johnson, has been taken off the schedule.

Formerly slated to hit theaters 12/22/21, “Black Adam” is now undated. It was just one of several release date changes announced Monday night. “The Batman,” directed by Matt Reeves and starring Robert Pattinson, went from October 2021 to March 2022. The still-untitled continuation of “The Matrix” series was moved up from April, 2022 to December 2021. “The Flash” was pushed back 5 months from June 2022 to Nov. 4. And finally the “Minecraft” movie was also taken off the schedule.

“Black Adam” is still quite a ways off from filming, as pre-production was interrupted by the entertainment industry-wide shutdowns necessitated by the pandemic earlier this year. But during Warner Bros.’ online DC FanDome event in August, Johnson hosted a presentation explaining the film’s premise to unfamiliar fans. As detailed in a short film consisting of voiceover narration and concept art, Black Adam was a member of a powerful ancient civilization whose people were conquered and enslaved more than 5,000 years ago. “My people needed a hero. They got me,” Johnson explained.

Black Adam, one of Shazam’s primary enemies, acquired his power in a manner similar to Billy Batson did in 2019’s “Shazam!” — a gift from a group of powerful magic users called the Council of Wizards. But his brand of justice proved too cruel, severe and destructive for the council, and they sentenced him to what was supposed to be eternal imprisonment.

But after thousands of years he manages to escape and returns to our world settle old scores and right perceived wrongs, only to find himself opposed by a coalition of heroes known as The Justice Society — Dr. Fate, Cyclone, Atom Smasher and Hawkman. Alongside Johnson, “Black Adam” will also star Aldis Hodge as Hawkman and Noah Centineo as Atom Smasher.