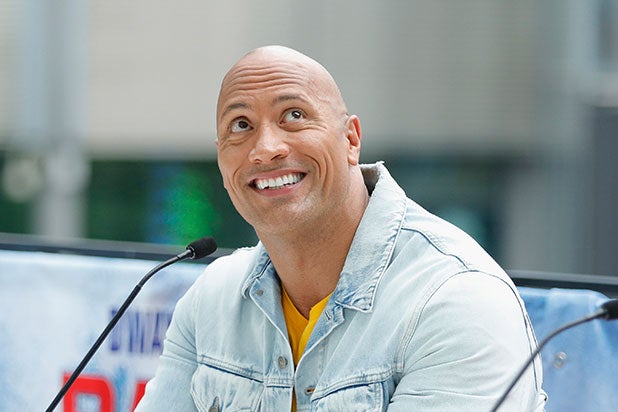 Cat got your tongue, Dwayne Johnson?

Wrestler-turned-actor Dwayne “The Rock” Johnson um, dived into the discussion about DJ Khaled’s thoughts on oral sex this weekend, weighing in on the topic via a tweet that the “Jumanji” star admitted was “probably a little TMI.”

DJ Khaled got tongues wagging on Friday, thanks to a resurfaced 2015 interview with New York radio station Power 105’s show “The Breakfast Club,” in which he bragged that he didn’t perform oral sex on his wife, but expects it from her.

Also Read: Even a Dictionary Clowned DJ Khaled Over His Comments About His Sex Life

He continued, “My way of praising is called, ha ha, ‘How was dinner? You like the house you living in? You like all them clothes you getting?'”

He also repeatedly declared, “I don’t do that” about performing oral sex.

Johnson was among the many who weighed in on the topic, linking to a story about the interview published by The Root and offering his own two cents.

“Ahem.. *clears throat* as a man, I take great pride in mastering ALL performances,” Johnson wrote. “This is probably a little TMI.. I will now quietly excuse myself from this fun thread.”

DJ Khaled says he doesn’t perform oral sex, but expects it from his wife because he’s the king: “Different rules for men” https://t.co/tj1udanmpA pic.twitter.com/HWI0fdTqd6