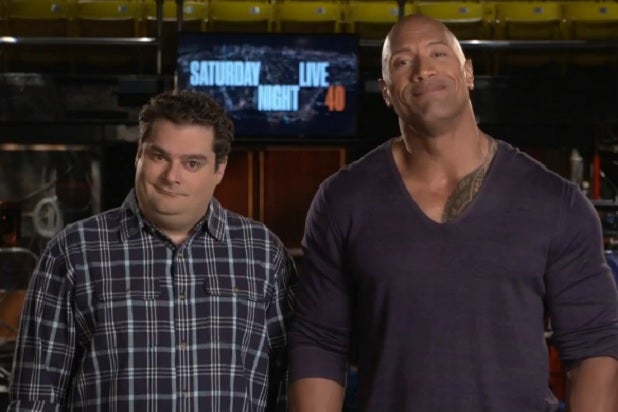 In another promo, Johnson is so excited to be hosting “SNL” for the fourth time that he decides to unveil a brand new “People’s Champ” catchphrase, hearkening back to his time as a WWE Champion.

Moynihan, however, is not all that impressed by it, but Johnson assures him that the new phrase will become a trending topic.

Watch the video to smell what new catchphrase The Rock is cookin’.