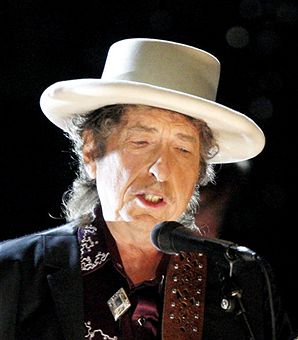 Dylan started work on the soundtrack a while ago, recording so much material for the film that he wound up releasing some of the songs on his 2009 Grammy Award-winning album "Together Through Life."

The songs that appeared on "Life," as well as 16 previously unreleased tracks (all of which were recorded during the same studio sessions), will be featured in "My Own Love Song."

Consequence of Sound has details of the complete soundtrack, which will surely cause Dylan fans to rejoice. The film’s official soundtrack may look a little different, but the new Dylan songs and the cast’s covers of his past work are expected to make the cut.

"My Own Love Song" stars Zellweger as a washed-up singer who finds her path to redemption, which sounds an awful lot like "Crazy Heart." The film makes its U.S. debut at the Tribeca Film Festival at the end of the month, and opens in France on April 7th. There is currently no release date set for the soundtrack.