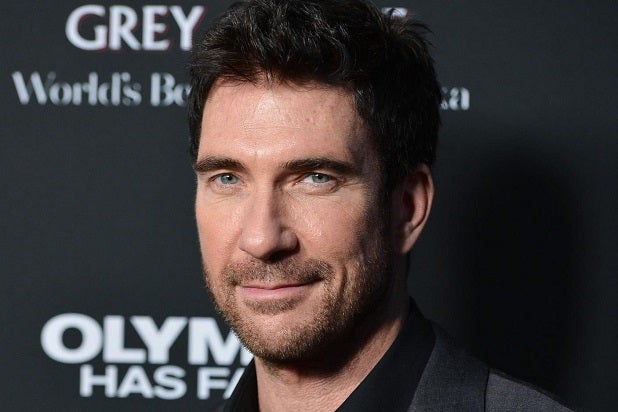 Dylan McDermott has been set as the lead in Fox’s comedy pilot “LA > Vegas.”

Produced by Will Ferrell and Adam McKay’s Gary Sanchez Productions, “LA > Vegas” is set on the Friday night flight from LAX to Vegas and the returning flight on Sunday. The ensemble comedy centers on a group of underdogs trying to find their place in the world and all share the same goal: to come back a winner in the casino of life.

McDermott will play Captain Dave, all-American, cocky but also a baby, he is the pilot on Flight 1710, a likable narcissist who feels connecting with his passengers is just as important as flying the plane.

This pilot season, Fox also has the paranormal sitcom “Ghosted,” starring Craig Robinson and Adam Scott; “Thin Ice” from “New Girl” creator Liz Meriwether, which follows a woman who travels to Antarctica and must contend with a crew of misfits; and “Linda From HR,” a single-camera comedy about a human resources rep whose life descends into a dangerous tailspin of balancing work life, home life and a secret that could unravel everything.

On the drama side, the network has a reboot of “Behind Enemy Lines,” an adaptation of Justin Cronin’s vampire novel “The Passage,” an untitled X-Men drama directed by Bryan Singer, Antoine Fuqua’s “The Resident” and Sheldon Turner’s “Controversy.” Seth Macfarlane’s space epic “Orville” has also been ordered straight to series.