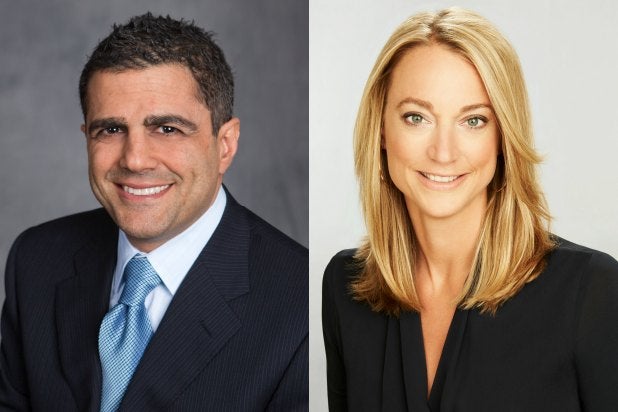 Two senior appointments were announced at E! on Thursday. John Najarian has been named EVP, News and Digital for E!, taking on overseeing the network’s News division and E! News series, while continuing to lead digital growth and business development.

Jen Neal has been named EVP, Marketing for E! Entertainment and Esquire Network, adding oversight of brand strategy and all marketing activity for Esquire Network to her existing role as head of E! marketing.

“I’m excited to expand the roles of these talented executives who I respect tremendously,” said E! entertainment GM and Esquire president Adam Stotsky. “John has led E! to extraordinary success in the digital space and, as we propel E! into its next chapter, he is the right leader to harness that momentum across the network’s news entities and help us reach new heights across every possible platform.”

Stotsky continued, “Jen has done an outstanding job at E! and I look forward to bringing her wealth of brand expertise and unique creative vision to Esquire.”

Najarian joined E! in 2001. He previously held positions at AOL and Disney. Before joining E! in 2012, Neal served as Chief Marketing Officer for BBDO North America. Previously, she was at Omnicom’s PHD where she was Managing Partner of the New York office and led all east coast client relationships, including entertainment brands Discovery Networks, HBO, BBC and the Travel Channel.

Both will report to Stotsky.