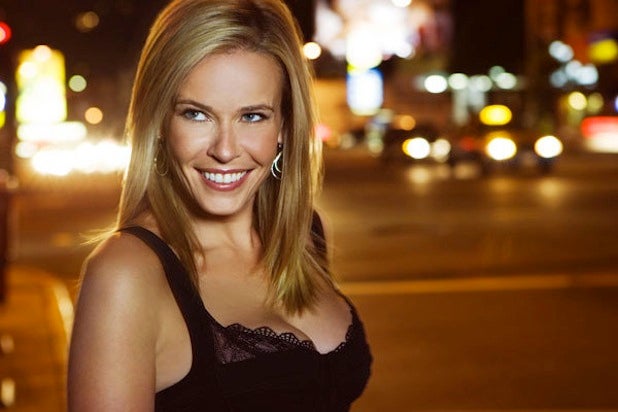 E! has finally come around to confirming that its late-night talk show, “Chelsea Lately,” is coming to an end, almost two months after star and executive producer Chelsea Handler announced her intention to leave the network when her contract expires at the end of the year.

Despite the awkward ending to Handler’s seven years on the cable network, E! plans a month-long run of special episodes and guests leading up to a one-hour “Chelsea Lately” series finale on August 26 at 11/10c.

“We are very proud of ‘Chelsea Lately’s’ long-running success and the unique space that the series carved out in late night television,” said Suzanne Kolb, President, E! “Chelsea brought a distinct voice to late night with her acerbic wit and fearless commentary and we look forward to providing fans with a memorable send-off that lives up to that tradition. Most of all, we are grateful to the ‘Chelsea Lately’ team for making this show so special for seven years.”

“I myself am more surprised than anyone that I was able to hold down a job for seven years, and it was a fantastic seven years,” said Handler. “I will always look back at my time on E! as most people look back at their time in college. I’m glad I went.”

The comedian was in discussions with CBS for a possible late-night spot or syndicated talk show. She’s currently negotiating with Netflix for a new program on its streaming service.

Handler told Howard Stern on his SiriusXM show in March that E! wasn’t doing much to raise her show’s ratings and she was eyeing Netflix as her next home.

“They don’t know what they’re doing [at E!]. They have no ideas. It’s a failure,” she told Stern.

She went on to say that Netflix would be the ideal situation as it will allow people to watch her show whenever they want.

Currently, E! has not announced a late night replacement for Handler’s show. Mathews would seem to be E!’s best bet at this point.