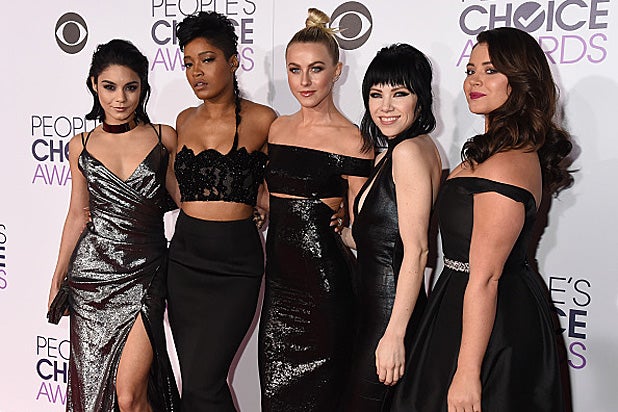 The E! Network announced Thursday that it has acquired the “People’s Choice Awards” and will be the exclusive home for the awards show starting in 2018 with its 44th annual installment.

“Rooted in pop culture and celebrity, the ‘People’s Choice Awards’ is a natural extension for E! and we are excited to evolve and supercharge this fan-centered event for the next generation in a way that only E! can,” network president Adam Stotsky said in a statement.

The show — along with all its digital and social assets — will be produced by Wilshire Studios, which is also responsible for E!’s “Live from the Red Carpet” segment that airs prior to awards shows such as the Oscars and Golden Globes on other networks.

“Over two decades ago, E! created the red carpet experience and became the leading destination for fans on Hollywood’s biggest nights,” Stotsky continued. “With this acquisition, we are harnessing our entertainment authority, live event expertise and huge multi-platform reach to take fans beyond the red carpet and offer a true end to end consumer experience.”

The show premiered in 1975 and is known for rewarding honors based solely on people’s votes.

In recent years, the show aired on CBS. The 2017 awards aired on Jan. 18 and were hosted by Joel McHale. Reports showed that it grew 10 percent in total viewers last year and received 300 million votes, the most amount of votes in its history.

See what fan favorites wore to the show at the Microsoft Theater in Los Angeles, California