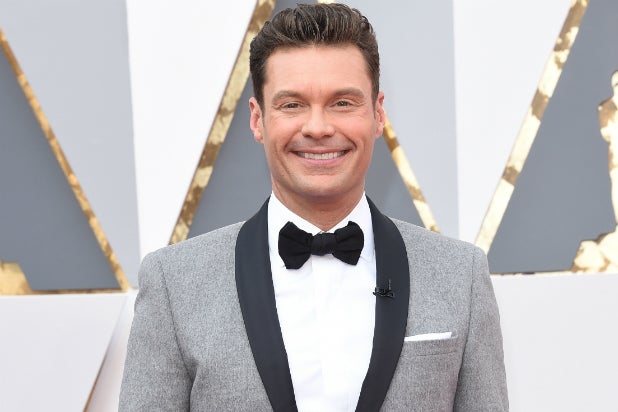 ABC’s Oscars telecast may have hit an all-time ratings low Sunday, but it isn’t the only network that had a bad night. Ryan Seacrest’s coverage of the 90th Annual Academy Awards’ red carpet arrivals for E! plummeted 24 percent in impressions among adults 18-49 compared to last year’s show.

The cable pre-show managed 624,000 impressions in the key demo between 5-8 p.m. ET — slipping from 820,000 in 2017 — according to live-plus-same-day Nielsen data. The Seacrest-led coverage was down 27 percent in overall impressions, settling for 1.4 million this go-round vs. 1.9 million last year.

The drop in national ratings — which is how a broadcast show like the actual Oscars are typically measured — is even worse.

E!’s Oscars pre-show, broadcasted ahead of the Jimmy Kimmel-hosted awards ceremony, settled for a 0.4 rating in the advertiser-coveted 18-49 demographic and 1.3 million total viewers. Those were down 43 and 35 percent, respectively. National ratings are not used among cable executives as they do not factor out TV’s that are not even connected to cable.

The dip in E!’s Oscars red carpet ratings comes just after new details were revealed about the accusations posed against Seacrest by his former stylist Suzie Hardy. In a story published by Variety last week, Hardy came forward with the specifics of a sexual harassment claim she raised with E! owner NBCUniversal last November — including accusations that Seacrest groped her genitals and pressed his erection against her.

A formal investigation from the network said Seacrest was innocent of any wrongdoing. His lawyer also said Hardy sought $15 million in exchange for her silence. Hardy hit back and said Seacrest was pushing a “false narrative.”

Seacrest’s traffic at Hollywood’s Dolby Theater was noticeably lighter this year, especially when it came to stars nominated in key awards categories.

During his segments on the broadcast, co-hosted by Giuliana Rancic, Seacrest avoided any talk of the sweeping #MeToo and #TimesUp movements that have blanketed awards-season conversation since the Harvey Weinstein scandal erupted.

Hours before the carpet commenced, Deadline reported that Seacrest would be afforded a 30-second delay from the network in case he was rejected live by talent, or in the event that anyone confronted him about the accusation on the air. The network denied it, saying no such measures would be taken and the show would be “business as usual.”