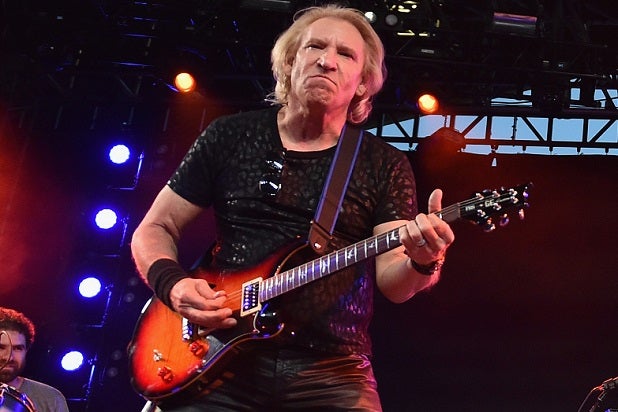 Whew, that was a close one, Joe Walsh!

Eagles guitarist Walsh has canceled an upcoming concert in Cleveland after he discovered that he was nearly duped into taking part in an event tied to the Republican National Convention.

The musician broke the news via his Facebook page on Wednesday, saying that he had been assured that the event he was booked for was nonpartisan.

Also Read: Donald Trump Mocked by RNC Head: 'Give Us All a Break'

“It was my understanding that I was playing a concert which was a nonpartisan event to benefit the families of American veterans on Monday, July 17 in Cleveland,” Walsh said in a statement published on his Facebook account.

“Today it was announced that this event is, in fact, a launch for the Republican National Convention. In addition, my name is to be used to raise sponsorship dollars for convention-related purposes. Therefore, I must humbly withdraw my participation in this event with apologies to any fans or veterans and their families that I might disappoint,” he continued.

The musician made it abundantly clear that he was not down with the GOP, calling the party’s current approach “isolationist and spiteful.”

“I am very concerned about the rampant vitriol, fear-mongering and bullying coming from the current Republican campaigns. It is both isolationist and spiteful,” Walsh added, “I cannot in good conscience endorse the Republican party in any way. I will look at doing a veteran related benefit concert later this year.”

Luckily, the RNC probably has Ted Nugent on speed dial.